A Fling with Space Thing, Part 2

While the January 2014 arctic vortex blows our doors down and turns us into human popsicles with the slight taste of twinkie filling and menthol, let's warm up with the next dose of the 1968 sci-fi nudie Space Thing. Everybody cuddle in tight, gold and silver lamé costumes don't conduct heat well. 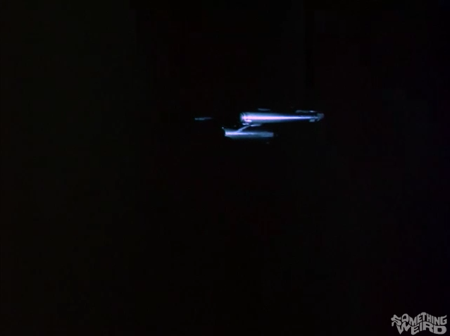 You can only get away with toys for special effects when you are 5.

Star Trek (the words "Star Trek" and "Nudie" in one post?  Hello high google ranking!) was only off the air for one year when the makers of Space Thing thought using a toy Enterprise -- flying by in reverse and in the blackness of space and/or bad lighting -- would be something they could get away with.

They were absolutely right.

People have to remember that Star Trek didn't become a cultural touchstone until a number of years after it was cancelled.  Space Thing becoming a cultural touchstone, however, is certainly right around the corner -- and when that happens, this blog will be noted as the beginning -- and then I will probably be tarred and feathered and run out of town on a rail. 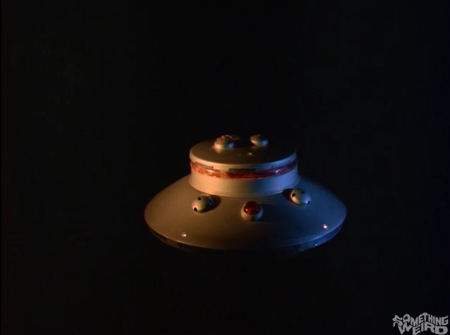 Somebody page Ed Wood Jr, his model's been stolen!

The Enterprise (just go with it) is trailing this ship -- of the bad guys -- the Terrians.  Yes, us.  Our hero is an alien in disguise with a mission to destroy this ship, but somehow ends up just having a lot of disgusting human sex.

Our hero thinking the sex is disgusting is a plot point in this movie, but it ends up being a case of art imitating even worse art as the sex is actually not disgusting but hideously boring. 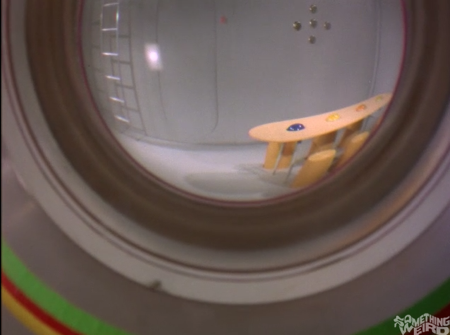 The fishbowl of crappy special effects. 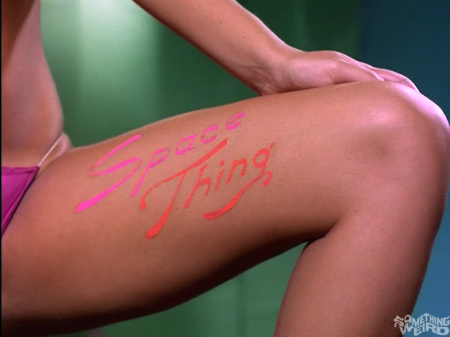 It looks like somebody tied up the ham hocks too tight.

After a lot of crappy models and the cliche "credits on the naked chick" sequence, we finally get the first view of our hero, in all his gold lamé glory: 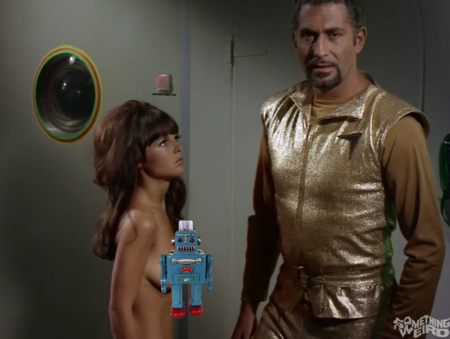 It's the interstellar representative of the lollypop guild.

Of course, his space costume also looks a bit Star Trek-ian.  Like a low-budget Khan, but instead of selling corinthian leather he sells ass-less leather chaps.  Used.  And, like Richardo Montalbon, the first person that rushes to him is a naked Tattoo.  Honestly, 30% of that woman's height is hair.  She must be 4 space feet tall.

By the way, that door behind them is the air lock.  I especially enjoy the hardware store gate hinges.

So, how will our disguised alien interact with the Terrians?  Does it involve grunting?  Why, yes!
Posted by Brian Barnes at 6:52 PM