I'm not sure how to tell this story, so I'll just start at the beginning .... I went to the K-Tel No-Tell with a beautiful women, had a drink, then suddenly passed out ... when I awoke I was in a bathtub full of ice with a note saying "find a doctor."

When they did X-rays, they found out that somebody had removed my dignity.  Jokes on them, after years of this blog, that's basically a vestigial organ!

On to more sexy K-Tel covers. 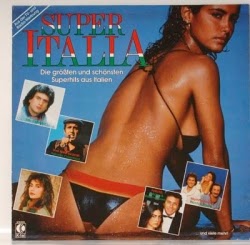 It seems there was some sort of weird science going on in Italy.  Examine the evidence:  The guy at the top left looks like a damaged clone grown from the cells of John Travolta mixed with a big, fat melon.  The woman in the bottom left looks like the result of putting all the Bangles into that machine from The Fly.

We even having living pictures, the woman on the far right looks on in fear that the strap is going to break and her last breath will occur buried in boob. 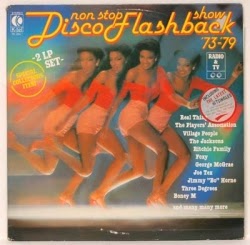 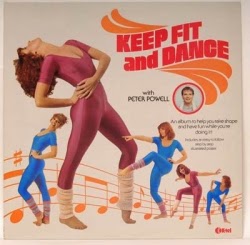 Katy, you kick it, and at the same time I'll stick my head up it's butt!  If that doesn't work, then it's on to Plan B, where Julie and Karen back us up with interpretive dance! 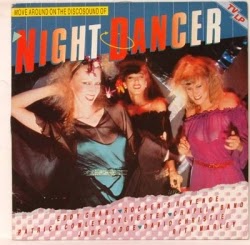 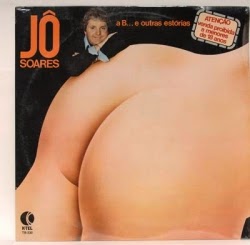 Jo Soares -- if wikipedia, the fountain from which all knowledge and crappy high school reports comes from, is to be believed -- tells me Soares was an observational comedian, talk show host, and jazz player.

I'm hoping this album came from his comedy side, because I'm pretty sure a snobby jazz album based around the story cycle of the big giant, rosy playdough butt that made Jo content wasn't a huge seller.
Posted by Brian Barnes at 10:51 PM

Is the Jo Soares model the giant from Keep Fit and Dance?