I think I've over-stayed my welcome at the K-Tel No-Tell.  The staff keeps aggressively turning over my bed -- while I'm in it.  Also, it's a bit subtle, but I think throwing mints at my face and screaming "take your damn mints and leave" might be a hint.

So, with this, we leave the K-Tel No-Tell and on last round of sex-sells album covers. 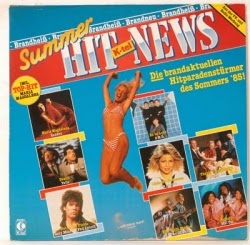 When the chick in the bikini hits the ground she's going to break an ankle.  A sexy, sexy ankle!

Let's take a look at the guy in the lower left, whom from now on will be forever know for his spectacular head of helmet hair.  Look at the wondrous pile of shag, a never-fail drain-clogging lady magnet.  Since this is obviously a German release, David Hasselhoff should be a little worried.  It seems Germany will soon have another hunk of man to swoon over! 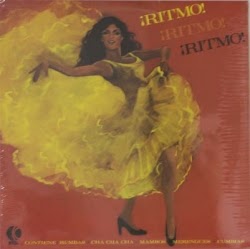 Damn it, K-Tel has hired me to paint an album cover -- and I haven't gotten to the part of art class about drawing hips and thighs!  What can I do???  Wait, Mountain Dew yellow paint is on sell by the gallon bucket?  I'm saved! 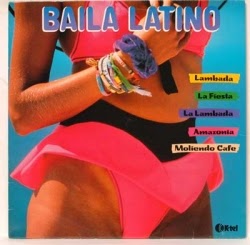 Ah, the days before photoshop.  So, this woman is very attractive, but you know that today it would be sent back.  "Lines on the legs!  Hair on the arms!  GHASTLY!  I almost threw up on my dodge & burn tool!"

Regardless, this woman deserves a ton of credit for using the Flying Nun's hat as a bikini bottom. 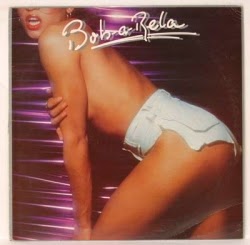 What the hell is this?  Yet but another generic sexy K-Tel cover.  I don't feel like researching, so I'm just going to take a wild guess that this is:
Ah, comedy, where you can string together a bunch of nonsense and have it be funny.  I mean, that word soup can't possible be real .... 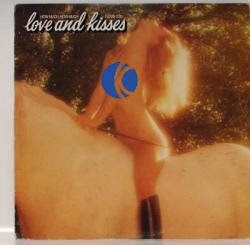 So, she forgot the saddle and her clothes, but somehow remembered the riding crop?  Unless that is meant to represent something -- but then I was raised in a cardboard box in the back of a Catholic orphanage and if I ever even acknowledged the existence of women I was thrown into a dryer with ball bearings for 2 hours, so, nope, means nothing to me!

So, with Love and Kisses, and probably a bucket of sugar cubes and one embarrassed horse, we bid farewell to the K-Tel No-Tell.
Posted by Brian Barnes at 11:48 AM