The experts say that the first step to fixing a problem is admitting to it.  Well, three parts in, and I can admit that I have a problem.  I'm jealous of Dick Van Patten. 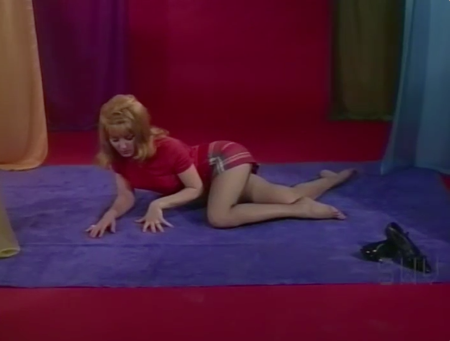 Our next model carefully searches the Cookie Monster pelt for ticks that fell off the flabby flesh of Dick Van Patten.  If any tick manages to get into that pile of hair on top of her head, it could set up great tick metropolise before anybody could dislodge it.

She takes off her shoes to protect the pelt because, obviously, there's not a lot of Cookie Monsters around.  It's a pretty valuable felt pelt. 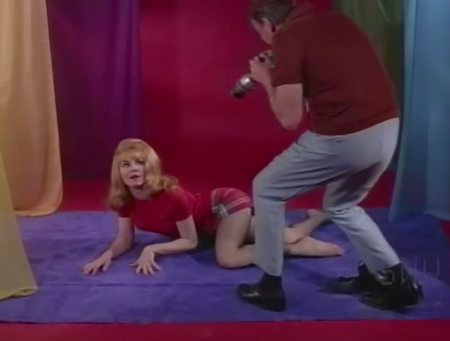 Mr. Van Patten, what's the stain on your pants?

Scene of a model in repose; wondering if the check is worth being that close to Dick Van Patten's crotch. 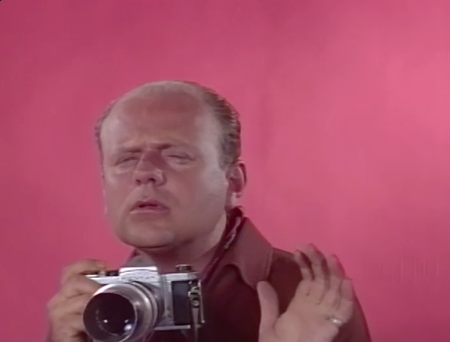 My dog looks like this after finding a particularly attractive bouquet of dog ass.

Dick is happily snapping photos from a dimly lit netherworld of the pink version of Doramammu.  He mugs, he preens, he looks like he's got a case of the trots so bad that his head is acting like a cork and his bottom feels like somebody put a nuclear bomb under the La Brea tar pits.

It's not very appealing.  But the women are getting paid, and we're getting sexy dancing!  Here it comes, I can't wait... 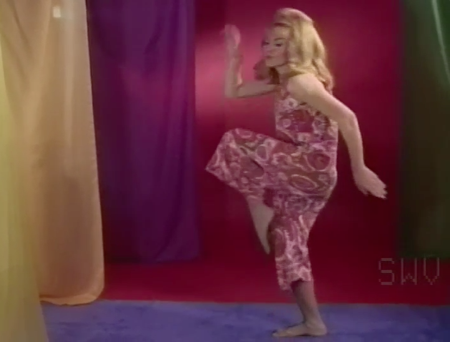 I Dream of Jeannie: The Marching Band Years.

I know you are thinking to yourself "what am I doing on this site?  It offers no value in my life" and then you are thinking "he must have taken this shot out of context."  No, it's worse in motion.  I do appreciate her contribution to science, being the first woman to wear a magnified slide of blood. 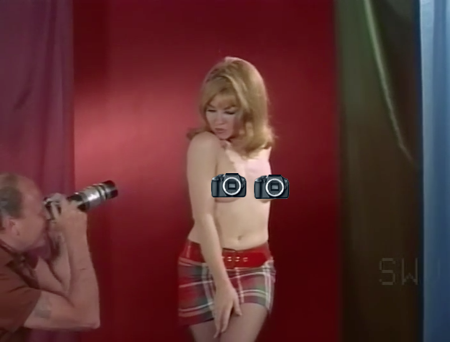 I'm no camera expert, but I don't think you need a telephoto lens if you are two feet from the subject, unless you are doing an inspection of her nose hair density.

First, the ludicrous costume.  Second, being that close to Dick Van Patten.  What else can go wrong for this model?  Can it get worse?  Do I overuse this ruse?  Wait, that messes it up, now I have to repeat: can it get worse? 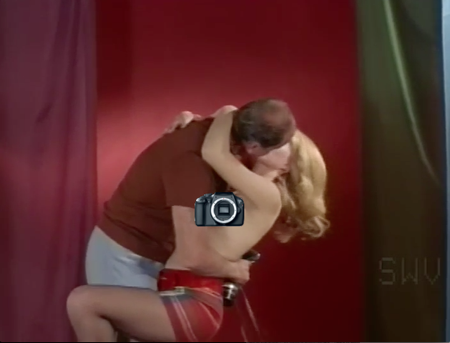 There isn't enough mouthwash in the world, or enough lye.