It's Supposed to be Sexy, Right? The Eerie Women, Part 4

More Eerie covers, and more realization that weird, horror, terror, and voodoo all existed in a universe with bright primary colors, like a slightly bloodier and more werewolf-filled version of Teletubbies. 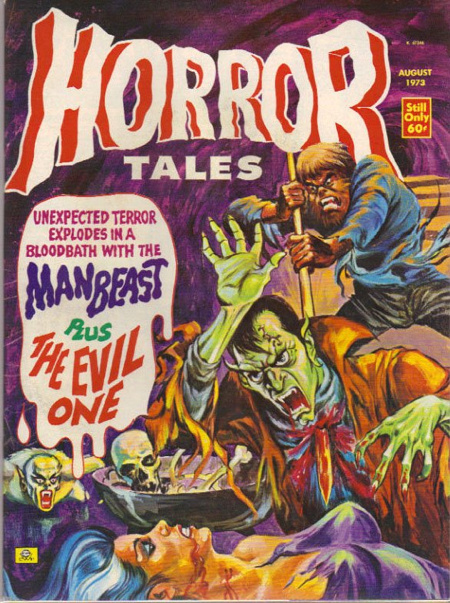 In the Eerie universe there is no job more secure than pointy stick maker.

I want to try to ruin your evening (you're already on this blog, so how much further down it can get I don't know.)  Look at the hunchback.  Look at his Grizzly Adams by Cowardly Lion face.  Now slowly look down.  Further.  Further.  Now stop directly on the hunchback's package of epic proportions.

Now try to close your eyes.  Know that if you can sleep, you will be chased by an enormous hunchback penis through an unnaturally purple cave.  Note: penis is probably furry. 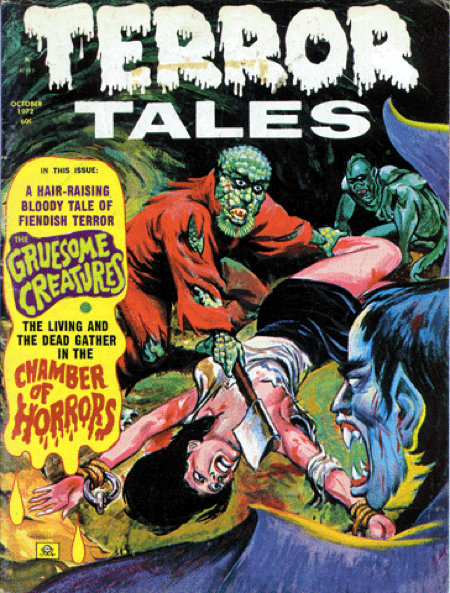 That jackfruit is really pissed, so pissed that he doesn't realize the physics of his position isn't going to give him the force to cut through a marshmallow.  Go ahead, find a hot women willing to be tied down in a short skirt and chest-baring ripped blouse.  If you next thought is to re-inact the cover of the October 72 issue of Terror Tales to see how well it would work, then, honestly, what the hell is wrong with you?

Blue Dracula seems offended by the situation.  Green lizard guy is indifferent.  He either gets to eat half a human or a human-sized jackfruit. 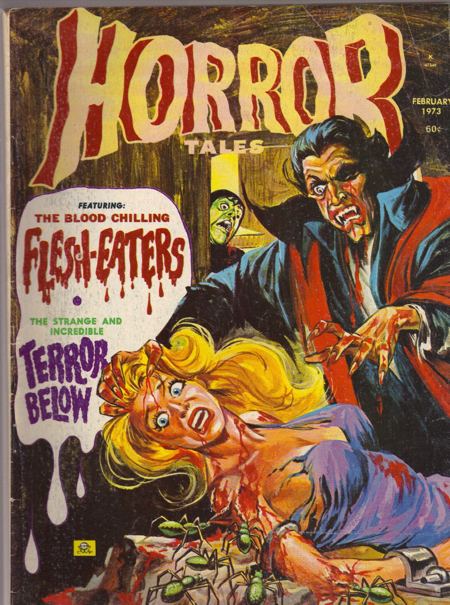 This is what happens when a brother steals a sister's Barbie doll and combines it with his monster playset.  Screams of "Ken, save me!" have gone unanswered.  It's not that Ken doesn't like Barbie, but when your dealing with a vampire that is willing to rip out his own eye for effect, it's time to realize that Barbie has a lot of other friends in the Barbie dream house.

Again, the Eerie insects.  Or arachnoids.  Or an Eerie artist that can't take the time to crack open a picture book on bugs. 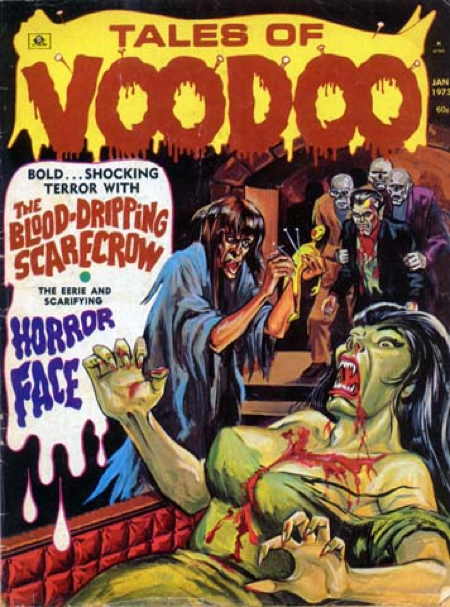 Monkey-witch is a real jerk.  If I read this scene right, the monkey-witch is using voodoo to stab the female vampire, and her mate is being held back by the monkey-witches zombie minions.  That said, does the male vampire look like he's struggling?  Maybe he's been looking for a way out?  Do you think he's sarcastically going "No, please, no, don't.  Really.  No, don't." 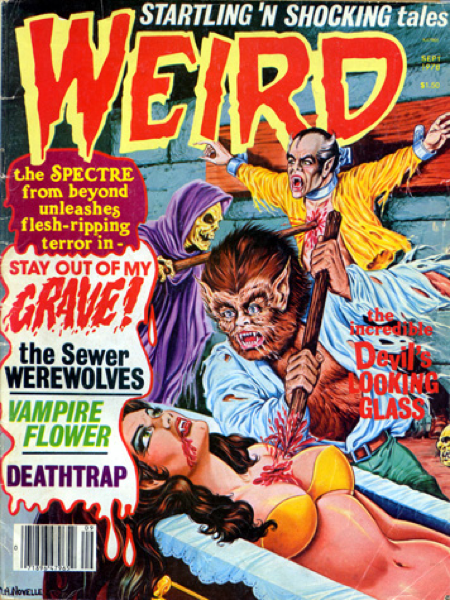 There's a lot of bright yellow in this one -- the primary color of fear -- to the point where evidently the colorist thought "You know what makes a scary reaper?  Banana yellow skull, in a plum colored robe."

Good artists know how to position the important elements front and center to draw the eye.  I think this artist earned his pay for the day. 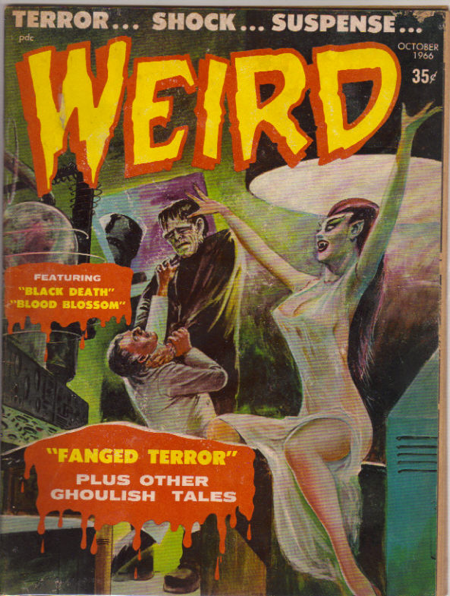