It's Supposed to be Sexy, Right? The Eerie Women, Part 3

Are you ready for more DOOM?  More DEATH?  Less skill in perspective and depth than the local 3rd grade art class? 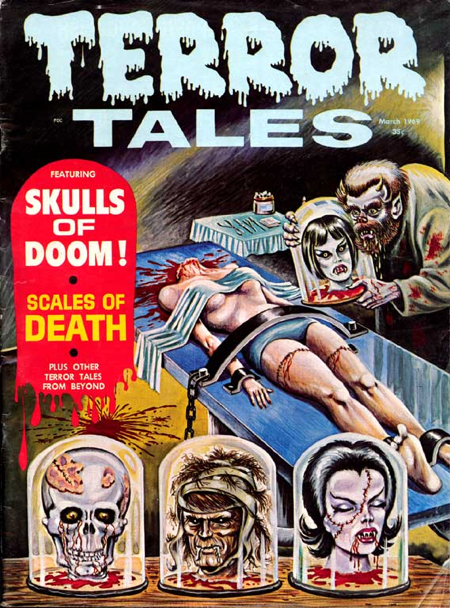 Hey, strange satyr-devil-hunchback guy, can you hurry this up?  There's a lot of orders for these sex dolls and you're holding up the line.  Honestly, I think you can skip the head on the left, it's gone bad, and I highly doubt the head in the middle is even on the order form.  Stitched-vampire Mary Tyler Moore is probably a hot seller, but  I say you stick with the angry goth ghoul.

Also, I think you put on the wrong sized hands.  Try to have some respect for your profession! 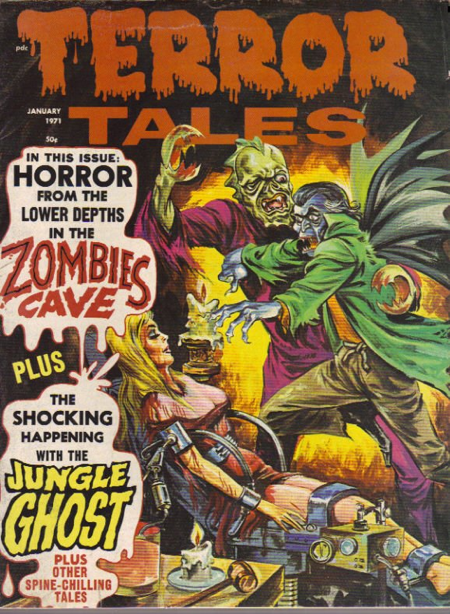 There's a monster no kid ever wanted to be.  He -- or at least I hope it's he -- is half merman and half the green stuff that came out of a Stretch Armstrong when it finally broke.  He's got nearly useless claw hands, is wearing purple pajamas, and is being bested by a hobo vampire.

Our victim is barely able to contain the laugher.

Why isn't she worried?  Because there's a mallet close at hand.  Why did the artist draw this?  I don't know, and you don't want to. 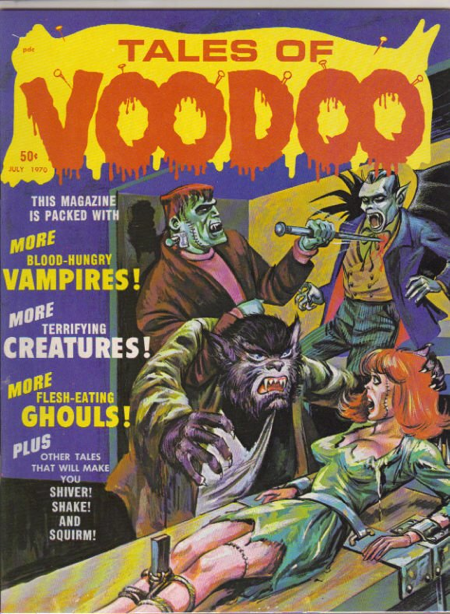 All of monkey-vampire's friends planned all day for this party.  Monkey-vampire decided to dress up like the Joker, and sadly pink-shirt Frankenstein's Monster was practicing pin the giant ass stake on the donkey right when he showed up.

Worse, the combined stripper/escape artist has a lot more scars than expected and was, frankly, a piss poor escape artist.  Fat werewolf tried to help her, but boyfriend Frankenstein's Monster got jealous.  Werewolf told him he was the only monster for him, but he's not so sure now and the relationship will never be the same. 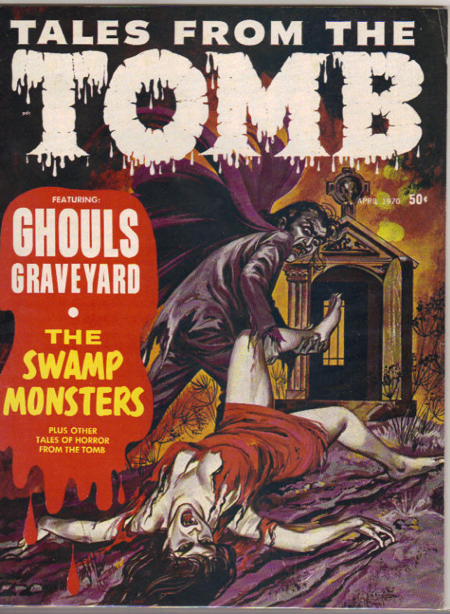 Honestly, Mary, I've never seen anybody so scared of the dentist!  It's just a cleaning! 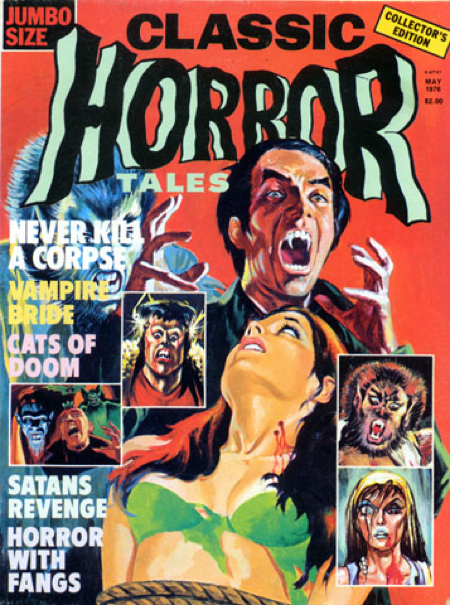 Unseen off the bottom of the cover is the victim slamming her high heels into the vampires foot.

There's a lot of surprise on this cover! 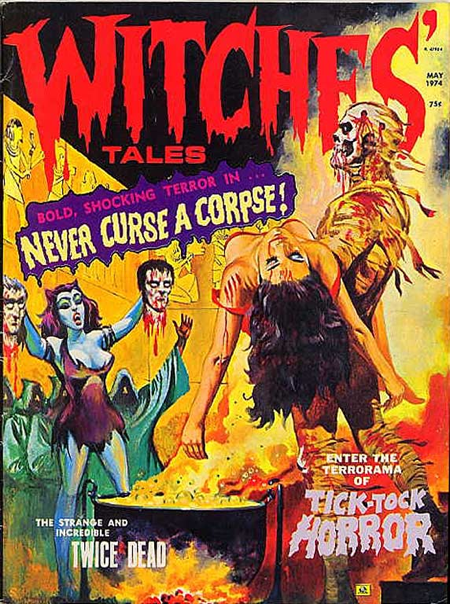 That's some mighty fine bleeding from a 3000 year old mummy.

It was a great meeting of the big-nosed pastel-robe cult.  Their goddess, anime-cat-woman, started in on her world famous ventriloquist act as the cult waited for their chili to finish cooking.  Squib-mummy brought his date pre-passed out drunk (saves on drink costs!) and the night was BOLD, SHOCKING, TERROR!

Of course, as it always did at club Terrorama, the night ended with a fight and many, many broken noses.