It's Supposed to be Sexy, Right? The Eerie Women, Part 1

Today we start a lengthy swipe of scans from other websites scholarly* look at Eerie pubs covers.  Eerie pubs was a late 60s to 70s black and white horror magazine featuring redrawn stories from 50s pre-code comics and what could be best described as lurid and better described as pasted-together lurid covers.

In the tradition of Eerie pubs, I lifted these scans from here and here. 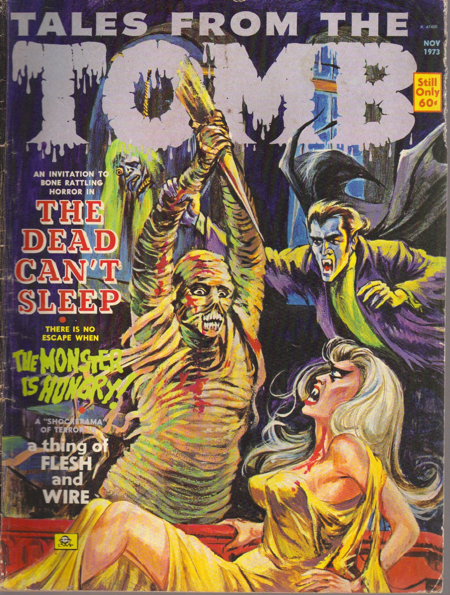 Our first cover features our argyria-afflicted vampire stopping a bloody mummy with a particularly nasty overbite from killing our vampire babe, who really needs to stop overdoing it with the eye-shadow.  Is black her color?  More importantly, is a before-unknown vampire power the ability to form rocket boobs without a bra?

Nobody cares about the hanging head.  It's hair has turned green, so, frankly, it's probably been up there a while.  Somebody needs to tell somebody that hanging a head probably won't have the intended result of why you hang people. 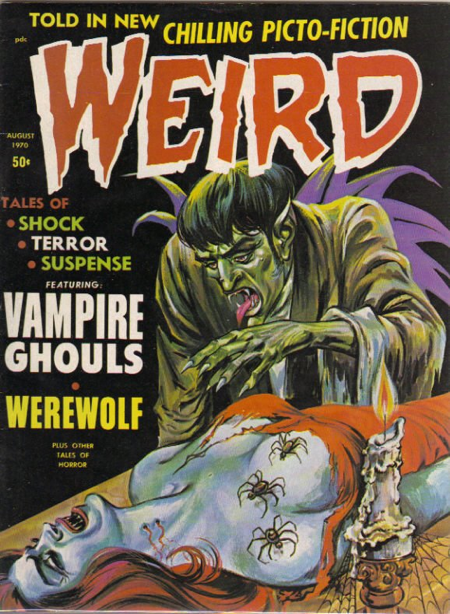 Here we have a vampire couple after centuries of being together.  Sure, he's won a number of Moe Howard look-a-like contests, but he's not happy in this marriage.  She's really let herself go, and under the light of this candle her crow's (bats?) feet are really obvious.

If she still loved him, she'd make sure to clean up for him.  At least that what he tells the merwoman he's got stashed in that hotel by the interstate. 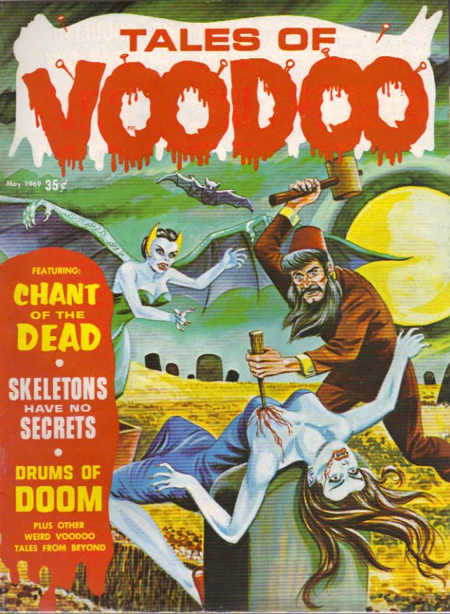 Nobody in editorial caught the fact that the harpy/vampire/devil woman has 4 arms?  Wait, silly me, editorial department?  Yeah, right.

Our nicely dressed and well-combed Rasputin isn't trying to kill our vampire woman; no, he notices how physically impossible it is for her to hang off a tombstone like that and is only trying to get the physics of the universe back in order by nailing her to the tombstone.  Right through the breast.  It'll hold better that way.

"Skeletons have no Secrets," well, hell, why didn't somebody tell me that?  I never should have confided in that skeleton earlier today! 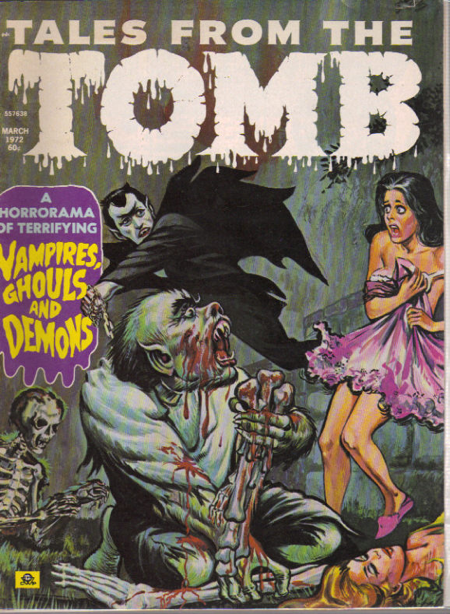 The only thing that could possibly be menacing her is that rather rape-y looking skeleton, but he seems more interested in something on the werewolf's back. 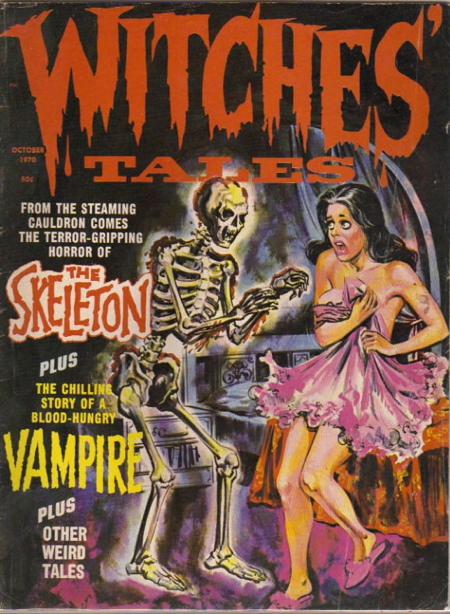 Our victim lost a bra but gained a tattoo, and the spectral power to float about a foot below the floor.  Rape Skeleton -- yes, it's a great band name -- seems to have spent most of his time facing south as he's got quite the moss growth happening on his back.

It's a sad state of affairs when even a skeleton -- who lacks proper equipment -- stares at a women's breasts instead of her face.  Just another day in the life of Rape Skeleton.