It's Supposed to be Sexy, Right? The Eerie Women, Part 2

Continuing on with our look at the lovely -- albeit a little blood-soaked -- women of Eerie Pubs covers and their magical sticky breasts. 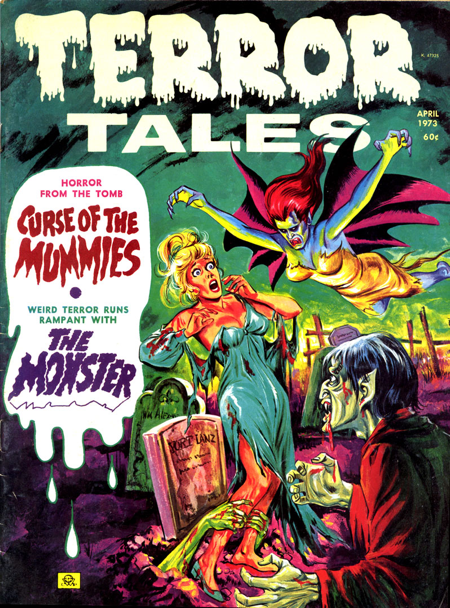 If you follow the line of sight from our blonde victim, you see that she's actually terrified by something off panel.  Something more horrible than:
How does the sad vampire woman fly?  Aerodynamic lift from her ass. Vampire paramedic and his faithful assistant batty leap to the rescue of a pretty efficient suicide attempt, being that she stabbed herself right before jumping.  Odd-eyed hunchback is once again just moments too late to be the hero. 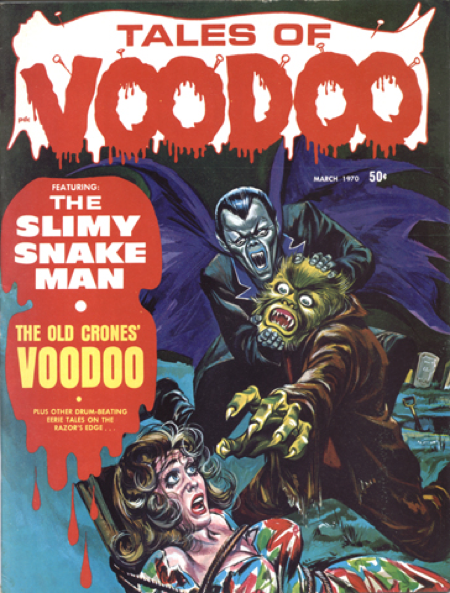 Vampires and werewolves just never get along.

Guys, really, there's boobs enough for both of you. 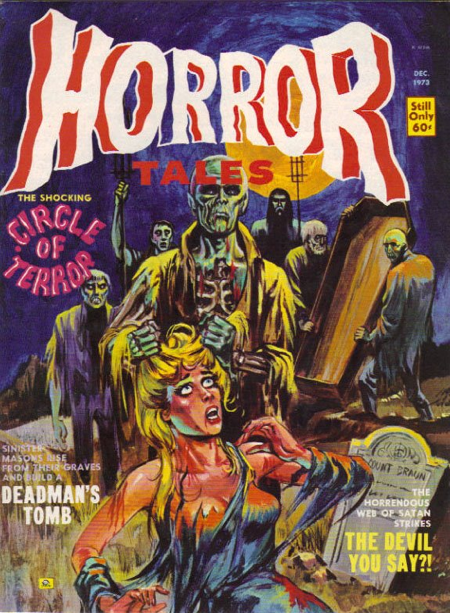 As it turns out, zombies aren't after brains.  They just need blonde hair to finish their ham radio antenna setup.

Luckily, our blonde victim planned ahead.  Knowing she was going to visit the notoriously cursed grave of Count Braun, the 15th century shaver magnate and vampire, she glued her dress to her bosom.    That thing is not coming off the boobs no matter how much you rip it, and zombies aren't really known for carrying solvents around. 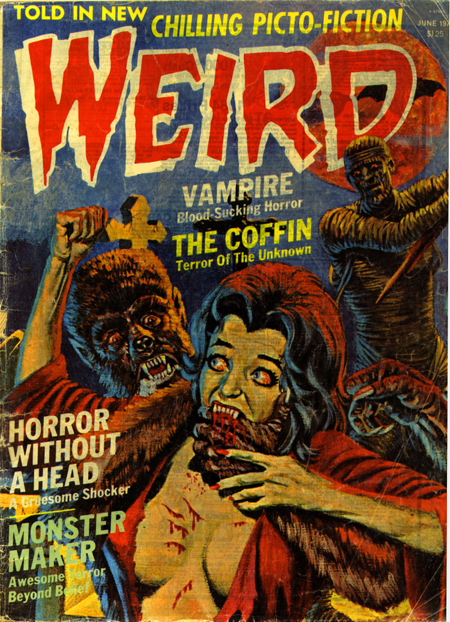 Neither the werewolf nor the vampire hottie look pleased by this turn of events.

First off, either Satan is trying to cut in from the right or Eerie artists really, really had a problem with limb counts.  Secondly, the mummy broke the stripper pool trying to be a comedian and now he has the look on his face wondering how much this blunder is going to cost him.

The werewolf, while he can tweet later that he touched a breast, is beginning to foam as he realizes that he's caught a really bad case of pink-eye from the vampire babe.