Here's another long and exhaustive review, and I don't mean in the informational sense, but the truly exhausting and soul smearing slog that can only be felt when you by mistake land on this blog after doing an embarrassing search.

So who's responsible for this one?  Herschell Gorden Lewis and David F. Friedman.  Again.  Another smoldering slab of 60s nudie-cutie filming.  Get out your knee-pads, eye protection and disinfectant, here's Boin-n-g! 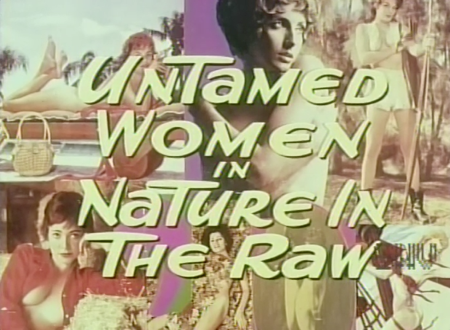 That sure is a funny way to spell "boin-n-g!"

The plot of this film, and I'm referring to the burial hole that I want to plant it in and not any kind of strung together narrative, is two regular joes realizing that all these nudie-cutie movies are pretty awful, and that they should be able to create one themselves.  This is Lewis and Friedman poking fun at the business they themselves had a big hand in creating.  Irony!  Wait, that's wrong, I meant I want to hit this movie with an iron.

Therefore, the crazy title card in a proto-comic sans that's even more instantly irritating than the real comic sans, and I read comics.  What, you mean somebody with a low-traffic comedy blog watching 60s nudie films reads comics?  Pshaw! 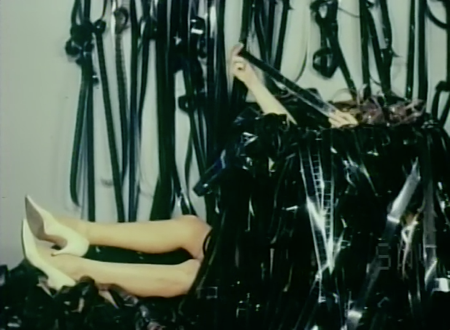 After using, always inspect the toilet paper for odd stains.

The credits are interspersed with this woman looking through old film stock.  If you've ever played with real film stock, it can be rather sharp on the edges, and I hope this isn't how the thong was invented, or somebody is going to be sawing off a butt cheek. 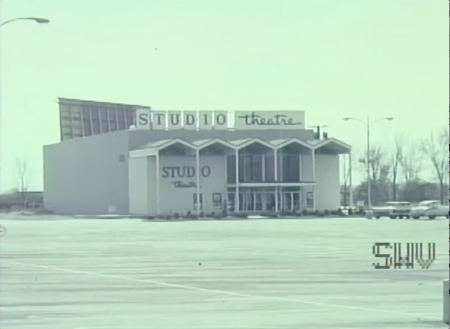 We start at a movie theatre showing The Adventures of Lucky Pierre, another Lewis and Friedman nudie-cutie film.  As a matter of fact, every poster you see in this film is from either a Lewis or a Lewis/Friedman movie.  And that's only a very small percentage of the films they did.  This means I have many years of content ahead of me.  Which also means I'll be back to finish this review after I get done crying in a fetal position.

Look at this theatre, though.  How cool is that?  Why don't we have things like this anymore, with some real style, even though the style seems to be Popeye Meets Sinbad the Sailor mashed up with a furniture warehouse. 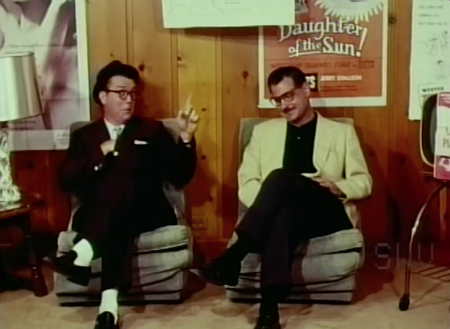 Two boobs.  Not the ones you were hoping for.

Here's our two heroes, back from watching a nudie picture, deciding that they too can create some of that wonderful entertainment, and also have, and I want to point out that this is said in a way that makes me feel like Slimer just ran through me, that there are "side benefits."

Uh, no.  Let me list the reasons:
Pine-infused rec room?  Well, sure, that is a chick magnet! 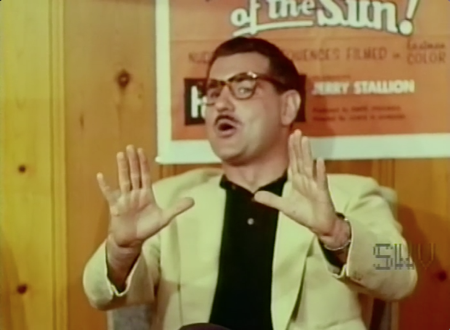 I'm dreaming of lapels this big!

I can't go through a single one of these films without at least twenty stills that I can label "last thing serial killer victim sees." 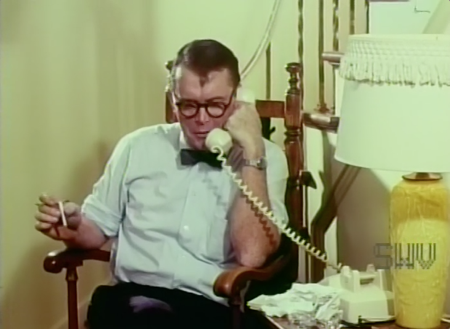 Note that at this point, we are over 10 minutes into what seems, for all intents and purposes, to be a nudie-cutie film.  It instead seems that it's some kind of 60s work-place training video for hair-goop, smoking, and eye-glass wearing tips.  So far, the most sexy thing in this flick are the tassels on the lamp.

Will it get better?

I hope so.  You don't have to read, but I'm stuck watching it!