And we're back after a short absence, obviously caused by some kind of god-based denial of service attack, aka, giant-ass tree-toppling wind storm.  What does this unknown cosmic entity have against goofy comedy sketches backed up with flute-and-organ based music and a smattering of boobs?

I guess all modern gods are prudes, just based on random sampling.  Oh, to go back to the days of gods that would turn into a goose to ravish a fair maiden.  Speaking of ravishing ... 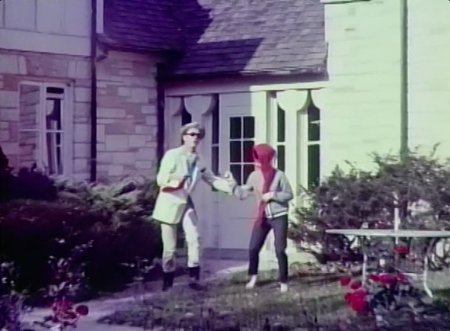 Helpful note: Always kidnap the old and infirm, they are easier to grab.

A previously unseen character is whisked out of a house for refusing to participate in this slightly sexy -- and about as filthy as the floor of a five-star restaurant -- film.  Our directors have employed the slightly unorthodox method called "drag the kicking and screaming girl towards the camera."

Though, to be fair, she is getting a little carried away with the modest clothes.  It's as if she's trying too hard, but I can't possibly, in any of the myriad universes, see this film using the twist that she gets naked anyway.  And speaking of trying too hard, that was sarcasm, by the way.  I tried too hard, didn't I? 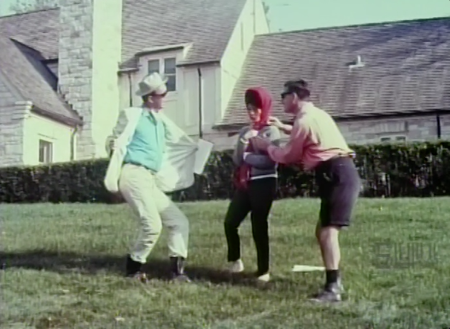 Now we know where Michael Jackson got that move.

Back where the action is, we are about to find out what happens to our pretty ladies when the director yells "Look Sultry" and the camera starts rolling?  This brings us to the feature we call: 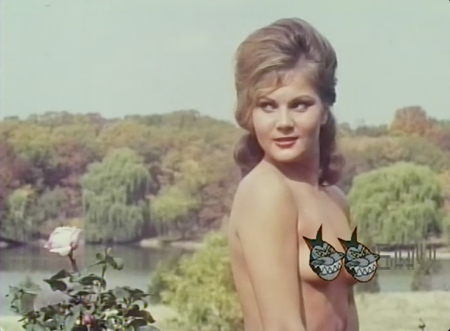 "
You're absolutely positive it's not moving, right?  You're sure?  I swear I heard something.  I really want to turn around.  Honestly, I don't trust that rose.

Roses have always hated me.
" 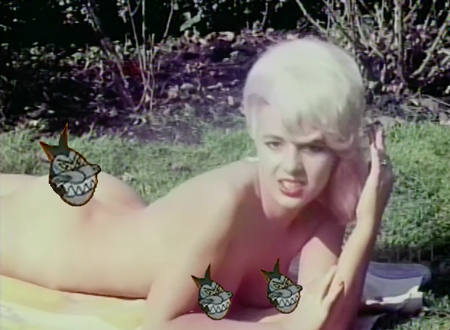 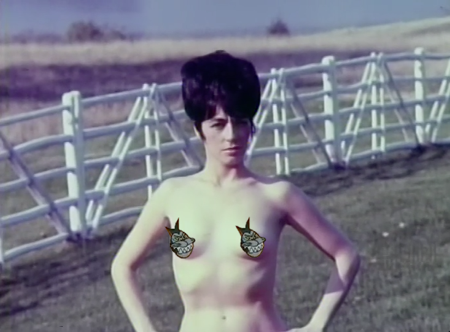 Yes, that's the woman from before, who basically gets naked for the reason -- and I kid you not -- throwing her arms up into the air and go "eh, why not."  I'm more willing to believe the Anakin transformation in Revenge of the Sith from nice guy Jedi to children murdering Sith than I believe this.  And she still seems angry.  Really, really angry.

Stop looking at her.  You could die. 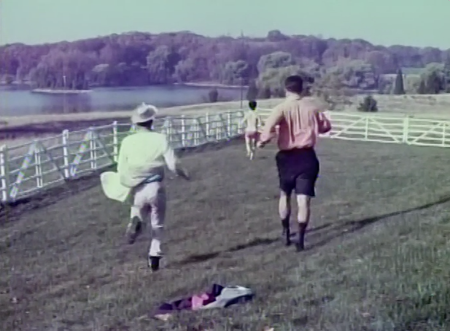 Finally, the butts you've been waiting for!

Of course, it ends with our heroes chasing her across a field.  Comedy!
Posted by Brian Barnes at 1:28 PM