This is where everything gets dicey.  This part of the short includes rape, and rape is never funny.  Even when one actor is wearing giant rubber gloves and the actress is laughing her head off.  Not funny.  Depressing, goofy, and ultimately soul-shriveling, but it's still not a laughing matter.

Now on to the bad jokes! 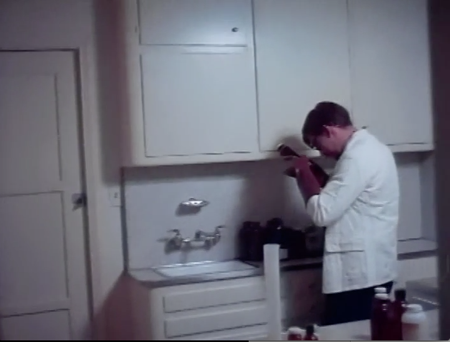 Where is the instructions on this Aunt Jemima?  My pancakes are getting cold!

Our doctor puts on some comedically big gloves after the most ludicrous examination since William McKinley's version of Where's Waldo if Waldo was a bullet.  Look it up.  Now come back and re-read that joke, suddenly it's hilarious!

Why the giant gloves? 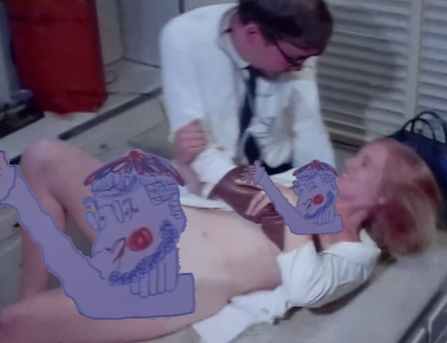 This intern hasn't gotten to the "pants required" courses yet.

Why, better to rape the intern nurse with!  Luckily for the doctor, this was the day the nurse forgot to bring bra, panties, pants and shoes.  No pantaloons, either, but we can't be sure those were needed today.

I don't know where this interning is happening, but this can't be medically sound, certainly on a cleanliness level.  Do you want to go to the doctor and know that the tongue depressors had been butted?  Well, maybe, I could see that.  OK, bad example. 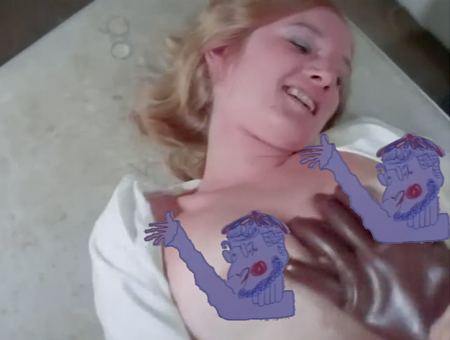 No, that's a shadow, I didn't miss a nipple!

How many ways can a filmmaker fail?  This scene is neither sexy nor scary, and it doesn't even serve as a proper user manual for the handling of radioactive breasts. 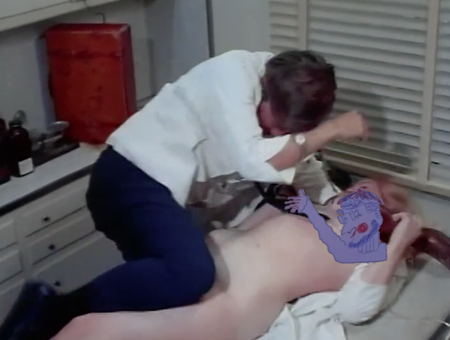 As luck would have it, part of the night school training is self-defense, and the kind that seems to be psychokinesis-based as the doctor kind of just falls off after having a glove removed.  I'd like to explain this more but I'm thinking that during filming we just heard: 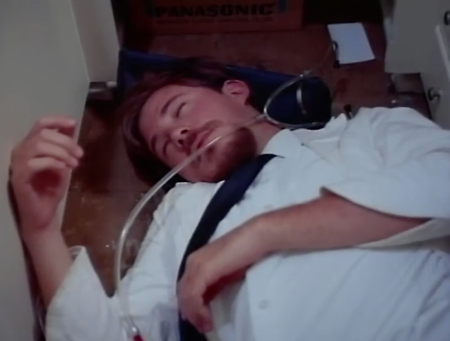 So ends this short's rape scene.  Or does it?!?!?  Are you making the da-da-daaaaaaa noise?  Well, cut it out.  This piece of crap isn't worth it.  It goes even further down the rabbit hole next, and it's not a very nice rabbit hole.
Posted by Brian Barnes at 11:18 PM