Don't forgot to open another tab and play the video of this short's "music."  Without it, what's left of your withered soul might find a small comfort in the silence.  With it, you'll feel a piece of the dark, dank sewer this short sprang from, in lively march-able form. 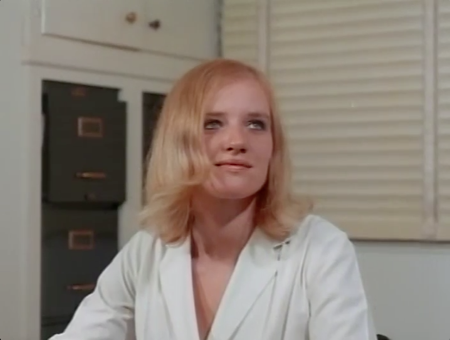 Our video starts with the titular (I can't help it, it's the right word) intern looking up at something with lust.  Here comes the first of many unanswered questions with this review.  How do I know it's lust?  Admittedly, it looks more like she's pondering if it'll be spaghetti or meatloaf tonight.  But it is lust, I know ...

... even though it will become harder to accept that when you see the object of said lust ... 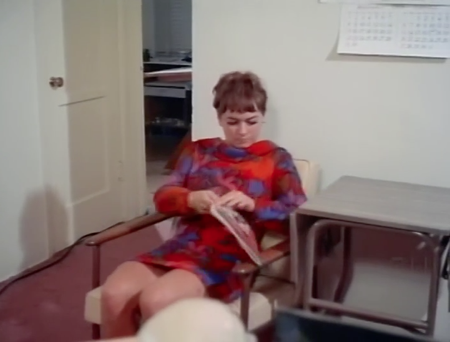 It's the newest fashion, amoebas in Jell-o.

With a haircut that would only look good on the 5-week-old bloated corpse of a monk, this slouching mess is going to be the nude part of this nudie.

I can feel all of you racing your cursor to the window close control. 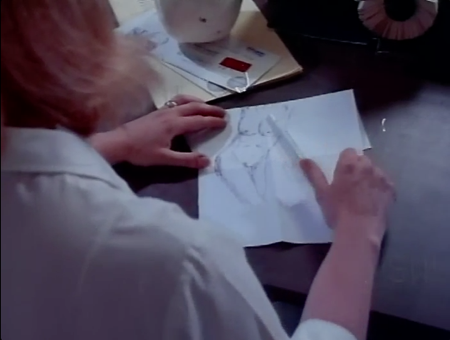 Remedial art class in the land of the damned.

Our real clue to the intern's lust is that she's not only staring at the woman in the chair, but drawing a naked woman.  Yes, second question.  How do I know it's a naked woman and not a poor sketch of Beaker from the muppets?

A very good question.  One I don't have an answer for.  Time to move on! 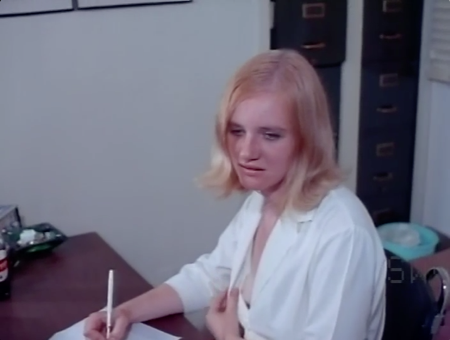 This actress pulls off the ultimate combo -- sleepy sexy!

Being a late 60s/Early 70s Nudie Cutie -- I can't find very much information on this thing, it's as if people don't want to say they made it or even saw it, surprisingly -- it treats all lesbians like sex crazed rapists.  Luckily, there's also a man in this short, who is also a sex crazed rapist, so you can't actually say the movie is misogynist. 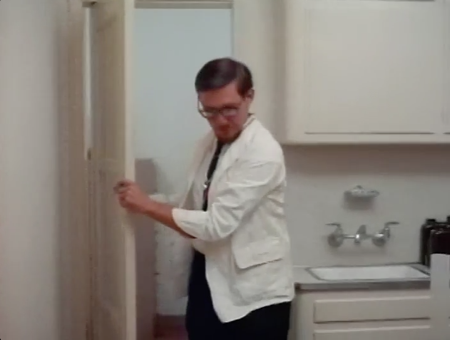 Here's our doctor.  Sort of a cross between Dick VanDyke, Jerry Lewis, and something I want to punch.

Our players are in place.  What happens next?  I'll give you a hint: Rape set to the music that they use for marching drills in hell.  Everybody is heady with anticipation!
Posted by Brian Barnes at 1:10 AM