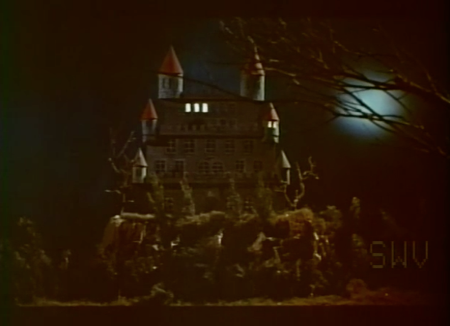 It's the scariest castle on the train set.

Many a 1:87th HO scale model plastic human has met his grisly demise in that castle, or on the tracks of the quaint model railroad that runs around it.  Legends of the terror within make many a plastic human get into their slot cars and never look back. 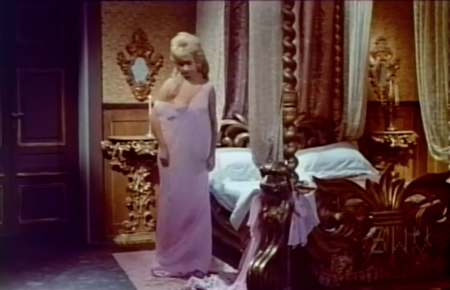 All this hair makes me tired.

Here our pretty heroine gets ready for bed.  Her night gown is a little disheveled because her normal bedroom procedure consists of:
You can see why she has little time left for night gown adjustment. 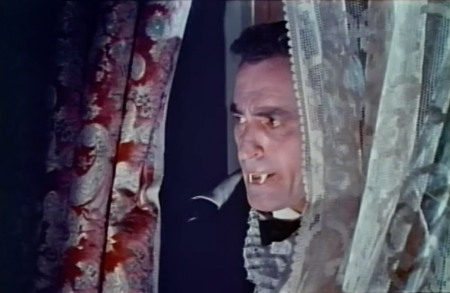 The vampire patiently waits until after she's done buffing the banisters, his two prominent fangs and/or left-over halloween candy corn glistening in the light ... 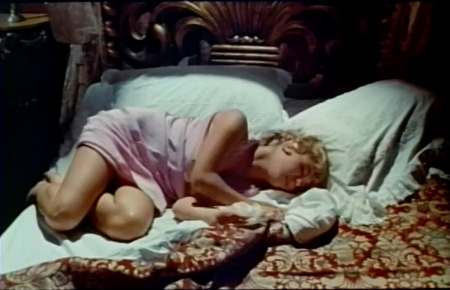 You're using the bed wrong!

I'm always amazed when a segment in a nudie cutie film fails to live up to the most simple of goals -- a woman stripping.  Here we have a woman with restless leg syndrome rolling around on the bed for a minute, while a cartoonish vampire looks on.  It's not nude, it's not cute, and it's not stripping, and the vampire is about as frightening as The Count from Sesame Street.

It fails at all possible angles, unless you're in it for polished wood banisters.  Than it's a 4-star short! 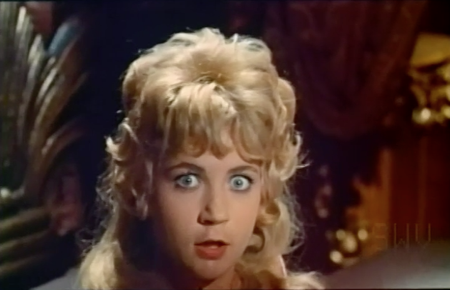 I'm in what movie?

The vampire strikes!  The woman is left in gap-jawed fear that looks remarkably like the same look as when she was over-charged at the CostCo.
Posted by Brian Barnes at 10:38 AM