Bardos is back, for another metal video review lifted from badly encoded youtube videos -- full of hot chicks and robots -- sure to fire up the imagination of any male! 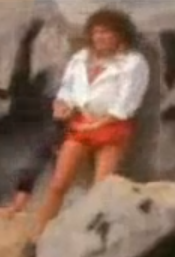 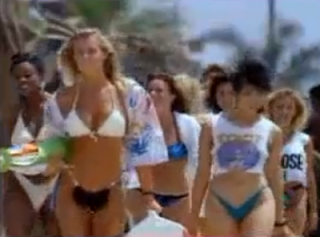 I know it was the 80s, but that blonde in the front really needs a bikini wax if she's going to wear something that small!

And Asian woman to the right, that's a valuable piece of band marketing you've cut up!  Have some respect! 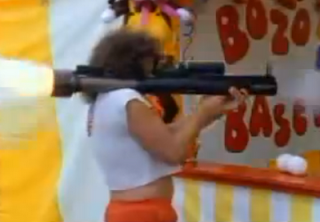 The singer really, really hates Bozo.  When you fit in a sequence where you shoot Bozo in the face with a rocket launcher into a video about how hot girls at the beach, there's some deep seated clown hatred boiling just under the surface.

Was the song originally about the various ways to kill Bozo?  Did the record company say "hey, maybe a video full of hot chicks might do better then on based on slaughtering a beloved children's clown?" cause the band to reconsider?

Try to ignore the bulge above the Hooter's shorts and the bulge below.

I'm guessing I shouldn't have pointed that out. No matter how well she takes care of her skin, it's going to all rip off when she pulls her butt off that hot black leather chair.


Survival of the Band During a Robot Uprising? 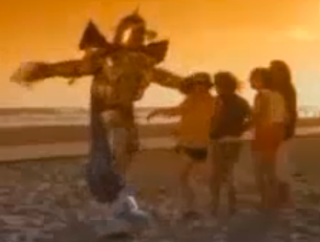 Surprisingly low.  If a robot's first thought when meeting Y&T is to punch the drummer in the face, I'd suggest Y&T lays low during the AI revolution.
Posted by Brian Barnes at 1:21 PM