Simon Bar Sinister here again, with another review from the turgid depths of the early 80s, a time of hot women and men with enough body hair to count as biological sweaters. 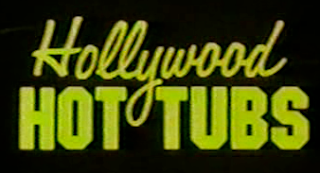 The movie starts out so dark it's nearly black and to the pounding beat of what sounds like the theme music to the TurboGraf game Bonk's Adventure.  Sadly, this only lasts for 4:30 minutes, and attempting to blind myself with bleach failed, so I had to continue watching.  Here we are introduced to our hero, a no-good teen with a heart of gold.  This isn't the first cliche plot element, and won't be the last.  The script follows the "plot collision chaos" theory, where multiple boring plots collide in a boring finale, with boring results.  Plus boobs.

I should also point out the characters of the preppie love rival, the good girl, the crusty uncle, the biker gang, absolutely none of which are cliche for a T&A 80s film!  None, I tell you!

At 1:44, this is probably the longest sex comedy I've watched sat through survived.  Most people know when to get in, make some bad jokes, show boobs, and get out before they've either wore out their welcome or the guy in the back of the theater finishes.

Yes, I went there.  I'm bitter and resentful!  And why shouldn't I be?  This film takes nearly 22 minutes to get to the first boobs!

This is a basic failure of any T&A film, and the director then compounds that error by putting this front and center in the scene: 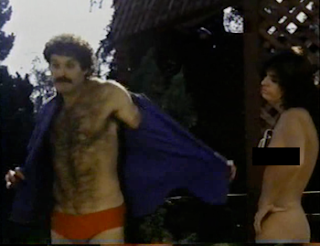 The remake of the Wolfman, starring Burt Reynolds, wasn't that good.

Presenting: the unholy child of Tom Selleck, Sasquatch, and a year and a half of dryer lint cleanings, in all his man rug glory.  It's no wonder there's so much hot tub repair in this town; there can't be a drain in Hollywood this man hasn't clogged!

The movie finally goes all in on the nudity, but before that we have to sit through an excruciating "Engrish" comedy bit.   Me love joke way too long, Joe, but paycheck's a paycheck!  This is the first instance where our hero gets jumped by multiple naked women.

Have I done something wrong?  Is there a deity I've offended?  Did I not eat enough fiber?  It was that time I got too much change back at the store and didn't say anything, wasn't it?  I've apologized!  Make my life like this!  It happens multiple times in this film, I'm only asking for once!  I refuse to accept that this is not reality! 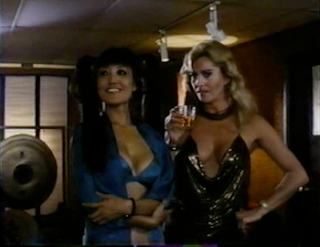 The happy one, or the angry one?  Either choice is fraught with peril!

Remember what I said about plot collision?  The blonde on the right -- the worlds most indecisive domanatrix (is there a way to be a worse domanatrix?) -- re-appears at the end.  I'm guessing they paid by the boob instead of by the hour.

All sorts of hilarious -- and I mean hilariously predictable -- stuff happens.  Don't miss one minute of the riveting plumbing discussions!  No plumbers will be seated during the last 15 minutes!  When I go to see boobs, I'm never disappointed with detailed instructions on fixing a leaky faucet!

Come to think of it, this could make HGTV worth watching.

This movie includes what seems to an obvious product placement by Namco for the game Xevious.  Honestly, do some research, getting to the first mothership is relatively easy, it's not championship level, as the movie would have us believe.  I almost turned the movie off at this point, so nerd enraged was I.  Then I remembered: wait, there's more naked chicks, and my loyal fan base of 2 people and 28 spam link bots wouldn't appreciate me giving up this easily.

Later on comes one of those great "keep the camera's rolling, we spent all the budget on penicillin" moments.  Our hero has gotten himself in a situation, is spotted by the woman he really wants, and she storms out.  In a huff, he climbs out of the hot tub (full of naked soccer players) and heaves the ball in anger ... and then it rockets right back off the wall at the unsuspecting cast! 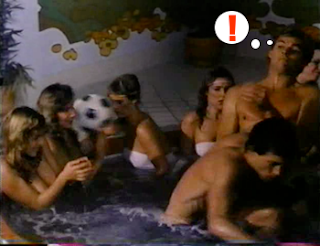 It's all fun and games until somebody loses a nipple.

The woman that the ball just misses doesn't even have time to react, and the other guy looks like he's wondering if the film's insurance policy is up-to-date.

I should mention the character Crystal here, before I go full on creep at the end.  I don't know who's idea this was (and I'm staying away from the awful valley girl speak), but she spends almost every scene jumping up and down.  You can imagine the effect, or scroll to the end of the article for the best damn animated gif ever created in the history of everything, ever, sort of, kind of, maybe that's sale-ing it a bit too much.

Imagine this line in valley speak: "All that work, and those big strong hands over all those pipes, thats like so primitive."  She's a sexy, jiggly, Mr. Jinks.

The people making the movie seemed to think so as the sequel is dedicated to her character.

Lots of plots coming careening together at the end party, including a Karloff-looking, Lugosi-speaking, Lon Cheney Jr-drinking actor in a monster costume ... and a chimp ... who appears nowhere else in the movie.  Let me remind you, with 87 or so threads that slam together at the end of this movie like two seals being thrown together in a particle accelerator (and with as much gore), they randomly added a chimp. 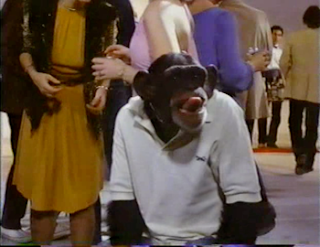 And finally, it arrives: 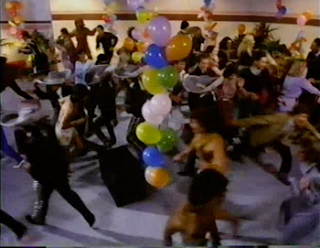 Yes, yes, nothing rounds out chaos like cheap generalizations!

Now for something serious ...


Because of my blistering low self-esteem, I have a lot of fun at other's expense here, but before we let this one fade into the ether that is the internet comedy zone, I want to mention one of the stars, Jewel Shepard, who plays Crystal.  She spent the entire film bouncing up and down, and it can only be described with a animated gif that is sure to become an internet mainstay for avatars of sad dudes:

This took a long time to create but it was worth it!
You might need to open in another window to get it to animate.

In 2011, she was diagnosed with invasive breast cancer, which she battled to be cancer free.  A member of the cast of the incredible film Return of the Living Dead, she's survived, cancer free, and still beautiful after all these years.  Give her site a visit: http://jewelshepard.biz
Posted by Brian Barnes at 11:42 PM