Bardos wants to know ... what do you wanna do with your life?  If the answer is "Reimagine the movie Animal House as a three chord metal song mixed with Looney Tunes", then you've come to the right place!

Does listening to Twisted Sister force you to be held back multiple times?  The youngest "high school kid" in this looks to be 23. 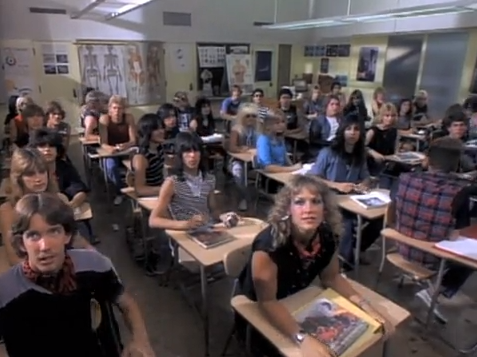 Look at all the majestic feathering!

Guy font-left on the picture?  Richard Hatch as Apollo from Battlestar Galactica '78.

Number One Choice to Play the Lead in the The Nutcracker

I really want to put a walnut in there. 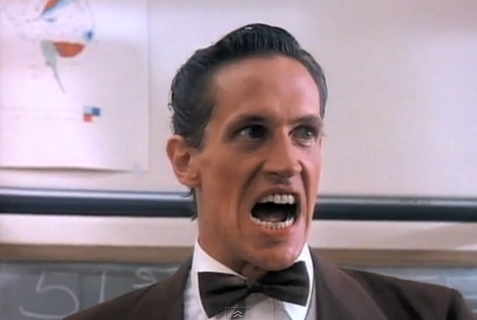 A lot of Twister Sister's riffs are actually paraphrased from the Beginner Instructional Guitar Method Mel Bay's Truckin' on the E String.

Look at the picture below.  Note the hand positions of the band.  Everybody has at least one hand down on the railing.  Why are they doing that?  Well, they are motioning to the beat of the song.  Except one guy.  The guy in the blue. 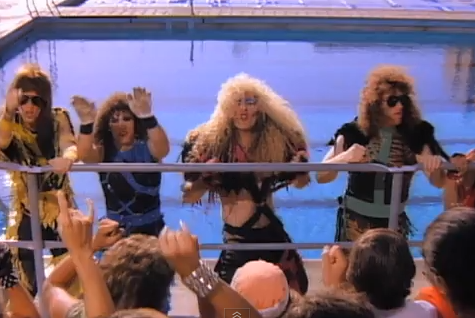 I can't see their reflection in the pool!  They must be transvestite vampires!

What do you think his position in the band is?  I'll give you a hint, it starts with "drummer" and ends with "can't find the beat even if he was at the front row of the Rolling Stones concert at Altamont in 1969."

I'd almost be afraid if this grenade wasn't obviously plastic! 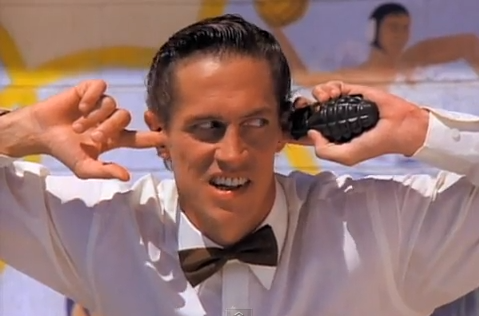 Won't that layer of Brylcreem protect his head?

The solo on Were Not Going to Take It is rather famous for it's basic skill level and over-use of the whammy bar.  How do you follow that up? 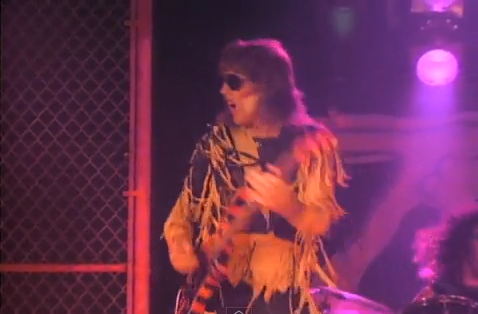 The tiger stripes on the guitar are a tribute to the tiger that attacked him and tore his jacket to shreds.

Swamp the signal with your Wah pedal, for an automatic whammy bar solo!  It's either that, or you could .... could ... wait, let me gain my composure ... wait ... practice.


Winner: Balls to The Wall Award

When your student body is all over 53 years old, do you really want them putting this much strain on their necks? 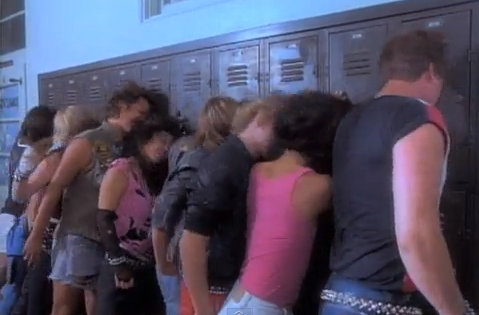 Math class is in 3 minutes, I really need my books ... do you guys have any idea
when you'll be through head banging?

Both videos came out around the same time but you can tell them apart by taking this quiz:

a) Is there a short, balding German gnome in it?
b) Is there a guy who's hair looks like a teased, yellow brillo pad?
c) Is it full of man butt close-ups?

If you answered C, you're actually watching Yankee Rose by David Lee Roth.  You should probably stop doing that.
Posted by Brian Barnes at 7:44 PM