Today we start our multipart look at a "lost" Herschell Gordon Lewis movie, 1970's Miss Nymphet's Zap-In.  Imagine a Lewis movie that even Lewis didn't care to keep.  Now imagine it's a nude take-off of Laugh-In.

Yup.  Tighten your seat belts and put on your knee pads.  It's going to be a bumpy ride. 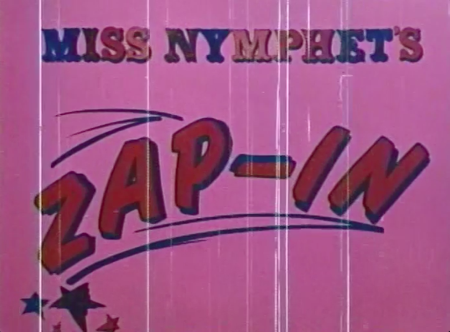 Recovered from a recently found 35mm print that's so scratchy it's easy to believe the film was trying to destroy itself out of embarrassment -- we can now see this lost classic in all it's glory.  I'm using the terms "classic" and "glory" very loosely, also "we" as I doubt anybody has read past that title card. 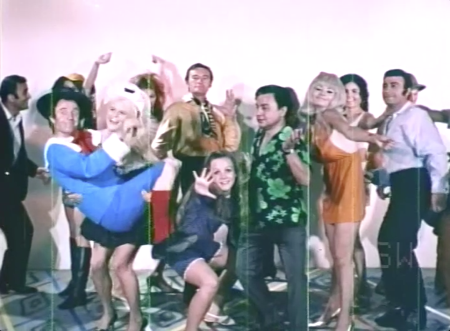 The party never ends in hell!

Each terrifyingly unfunny skit ends with either the same two go-go dancers or the cast and crew of the local community theatre production of STD: The Musical! yelling "Zap."

The basic premise is naked women + bad joke + bucket of pain.  Instead of repeating the jokes, I'm going to substitute a joke from 101 Hamburger Jokes.  Are they funnier than the movie jokes?  Slightly.  Kind of like the difference between falling into a porta-potty or having one dumped over you. 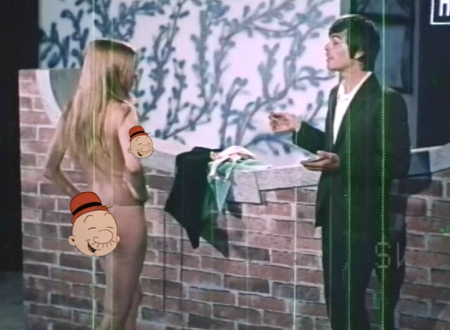 The guy from the Apple vs PC ads was desperate for money.

Our first skit involves a naked chick and a refuge from the hobo dimension's idea of a boy band.  There's a joke.  It's truly awful.  So let's try something from 101 Hamburger Jokes instead.

Q: Where did the burgers go after their wedding?
A: On a bun-eymoon! 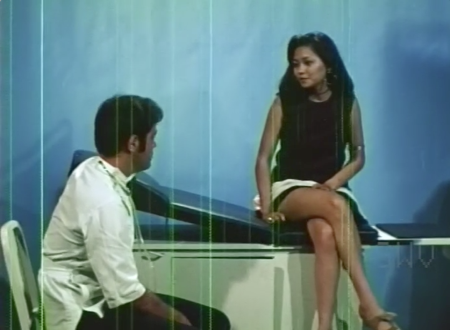 All this doctor equipment was expensive, so we decorated with construction paper.

The next skit is a women complaining to a doctor that she wonders if she's frigid.  Gee, golly, I wonder where the heck this skit is going?  The possibilities for this story arc are nearly endless; multitudes of branching paths with deep emotional connections and fascinating characters.

Or, you know, the 1970 nudie cutie equivalent of off-screen sex.  It's possible! 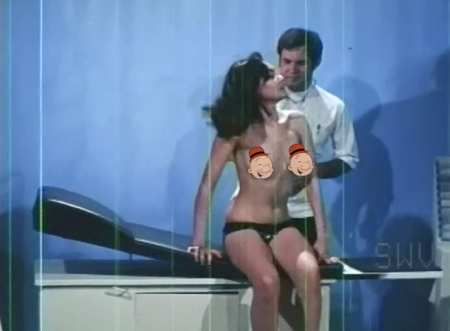 One strange thing about this skit: the guy playing the doctor has decided on a pretty poor Paul Lynde impersonation.  I hate to break it to them, but I don't think this is how Lynde played doctor.  There were a lot less boobs around.

What's the scene's joke?  I don't think there is one.  There's a punch line, but it's about as close to a joke as this blog is to relevance, which is to say, not very.  So, 101 Hamburger Jokes it is!

Q: What did the hamburger say when it pleaded not guilty?
A: I've been flamed! 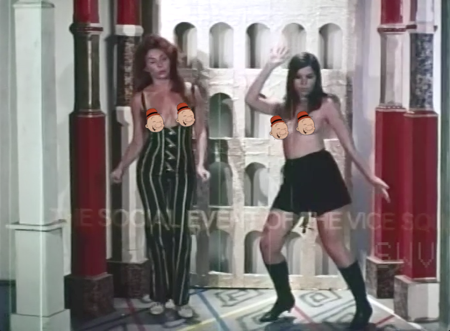 The only time go-go dancing was allowed in the Taj Mahal.

Red-headed Zebra-Centaur and Semaphore Skirt do some go-go dancing and we get an over-layed joke.  To demonstrate I haven't been kidding about the horror of this, the joke is:

Q: The social event of the vice squad
A: The police man's ball

Was it worth it to know that?  Why, when you can have this?

Q: What happens when two burgers fall in love?
A: They live together in holy meatrimony!