MST3K once agreed to do a movie without sitting down and viewing the entire movie.  This was the infamous The Side Hackers.  They were shocked when they discovered it contained a brutal rape and murder scene.  I have made the same mistake by just flipping through Miss Nymphet's Zap-In.  This thing is just awful to the extreme, with about a hundred one minutes segments with bad jokes and worse set design by Azaroth, fourth prince on the left hand side of Satan and worst party guest ever.  Honestly, don't invite him to your next Bar-B-Que.

So, I'm stuck.  You're not.  But my loyal viewership of 10s won't leave me, even if I once again resort to stealing loving tributes from internet comedy pioneer James Lileks and jokes from 101 Hamburger Jokes.


Parade of Horrorables presents:
The Gallery of Regrettable Dirty Jokes 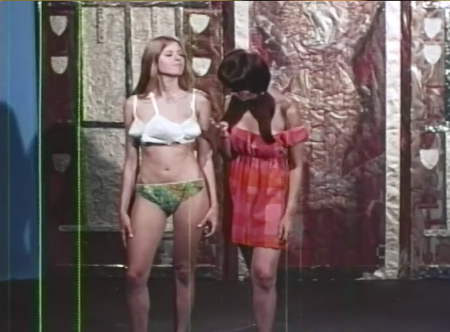 Somebody call up the lawyers for Total Recall.

The Joke: That's nothing, you should see what she has two of!
Why It Is Not Funny: There's nothing (outside of the three breasts) that she could have two of that wouldn't gross me out.

Q: Where do the burgers go on New Year's Eve?
A: To a meat ball! 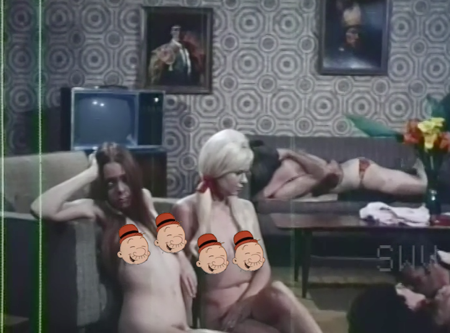 Stare at the wallpaper!  You are getting sleepy!  You will obey the matador!

The Joke: I'd leave but I can't find my clothes!
Why It Is Not Funny: Cortez on the wall doesn't look like he's laughing.

Q: Which Opera is about our meaty friends?
A: The Barbecue of Seville! 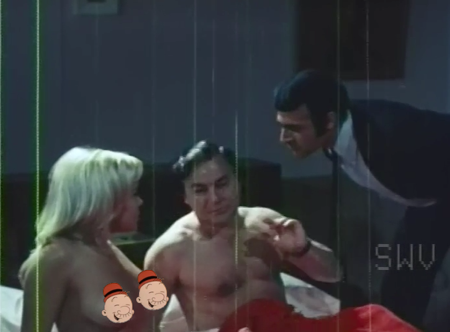 She picks men by best hair to grease ratio.

The Joke: [Pretending to be a salesman] So what do you think about these new sheets?
Why It Is Not Funny: It's somehow not as bad if the guy messing around with your wife is a salesman selling her sheets?  Is there a diagram for the levels of "messing?"  Is this below plumber but above vacuum salesman?

Q: Which burgers love to act?
A: Ham-burgers! 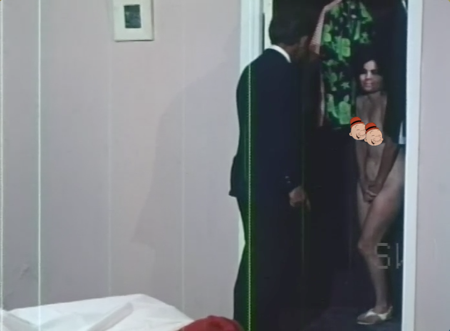 The Joke: You can't do anything right, he's supposed to be in the closet, not you!
Why It Is Not Funny: Because you have to stop to ponder why a grown man has a glow-in-the-dark wizard shirt in his closet.

Q: Who is the hamburger's favourite singer?
A: Hammy Davis Jr! 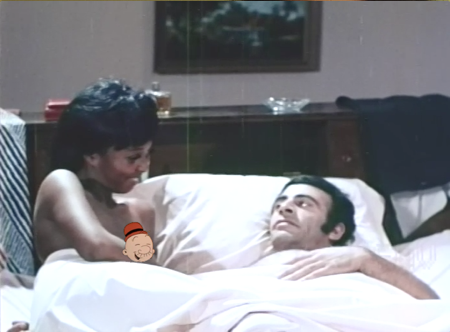 The Joke: Now there's another type of black power!
Why It Is Not Funny: Nothing says "yucks" like lifting a statement of solidarity for those without power and using it as a punch line for a sex joke.  Thank whatever deity you believe in that they didn't go with a firehouse joke.*

Q: Where is home to a burger?
A: Any old cow town!

* my sincere apologies, this movie is just killing me! 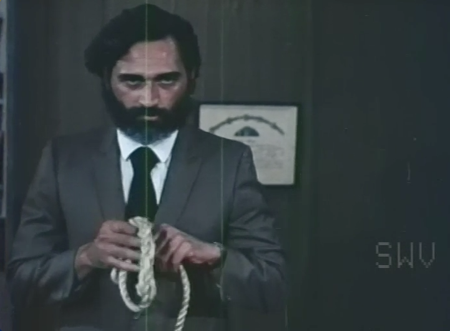 Serial killing isn't nearly as bad if the guy has to do the bunny through the hole trick to tie the knot.

The Joke: We all have our little hang ups.
Why It Is Not Funny: I think they've mistaken funny for "pants full terror plus next change of pants full, plus a couple other buckets and that rain barrel over there."

Q: Why do the hamburgers beat the hot dogs at every sport they play?
A: Because hot dogs are the wurst!