We interrupt our look at Love Goddesses of Blood Island -- no, not forever, sit down, shut up -- as we celebrate a birthday.

The blog Dinosaur Dracula, who helped me get back into the comedy blogging game, turns two so in honor of our vamperic T-rex, let's take a quick look at the things Dinosaur Dracula did before he became a famous blog host: 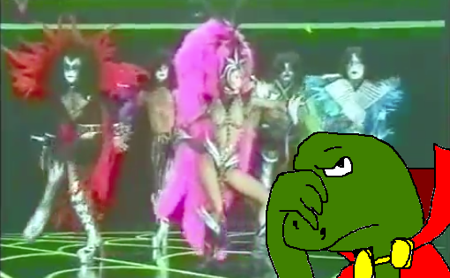 Dinosaur Dracula during his time as a TV executive, moments before he was fired for green lighting the Lynda Carter Variety Show. 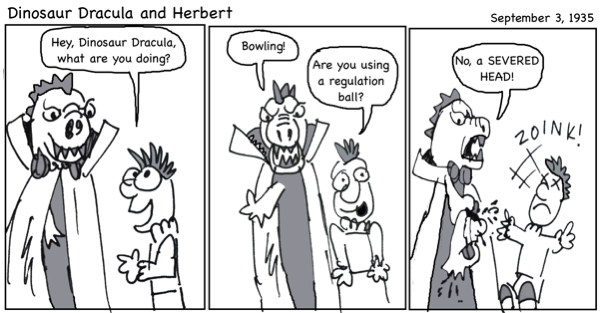 The original 1930s newspaper gag strip, Dinosaur Dracula and Herbert.  Every strip ended with Herbert going "zoink" and falling over.  It lasted 3 days. 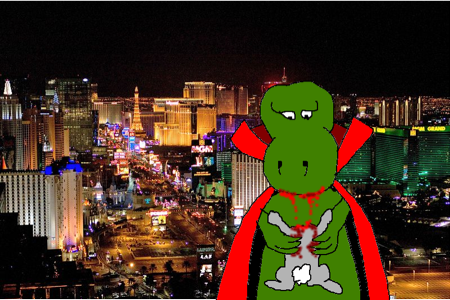 Dinosaur Dracula's short lived career as a Vegas Magician, though other magicians agreed his rabbit disappearing trick was unique.