At this point, Love Goddesses of Blood Island is just numerous scenes of our hero being worked in the fields, than forced to have off-screen sex (multiple times a night) with each of the "goddesses", a term which I, and the film makers, use very, very loosely.

Basically, it's just a film of a guy doing 'hos. 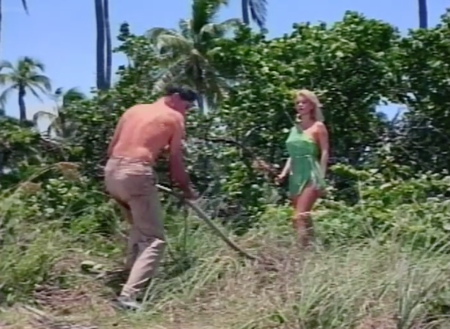 What, you were expecting something else?

Yes, I'm reduced to puns.  But things are going to pick up soon, because we finally get the promised gore.  One of the women, before she has sex with our hero, in what has to be the world's worst pillow talk ever, mentions calmly what she did to the last guy.

For men, this is better than Viagra! 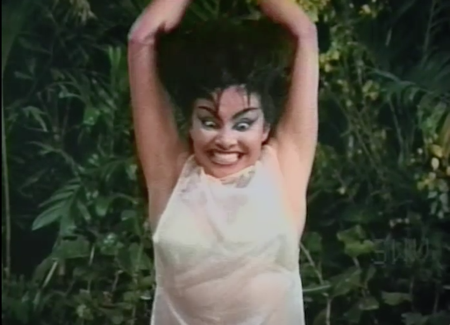 I can't blame her, if I found a stylist did that to my hair, I'd be in a killing mood, too.

I'm trying to determine what you might consider that make-up.  Nuvo-Egyptian? Strained cat?  Norman Bates mother, pre-desiccation?  I do have to say this would make a great dating site profile picture.  It reads "fun", or maybe more specifically, "relatively short fun followed by bunny cooking." 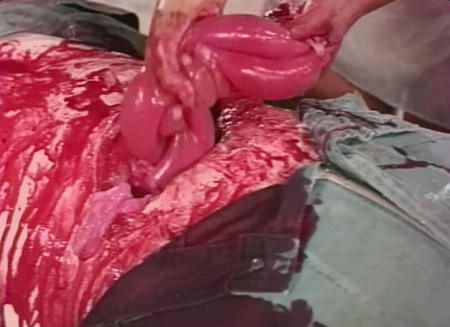 She killed a clown, he's full of festive balloons!

It's nice this guy man-scaped before getting cut open.  There's no a hint of hair on his oddly colored and completely cylindrical body.  It's nice for victims to go the extra mile to make their bodies look as absolutely fake as possible, even replacing their own organs with glowing pink sausages.

Those pants are absolutely ruined.  No way is all that blood coming out in the wash! 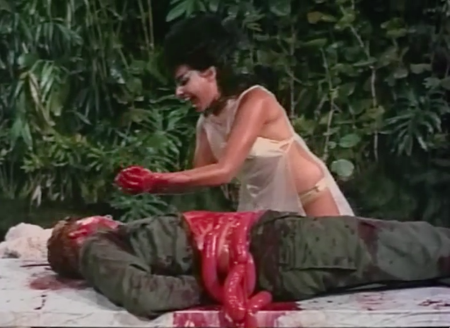 I didn't work all day in a hot kitchen for nothing!  You're going to eat it!

It's like she just discovered that she's holding a heart in her hands.  Maybe next she'll figure out she's in a gold bikini acting in a movie called Love Goddesses of Blood Island.  Then she'll really scream.  And probably really cut somebody open.  Hopefully the director. 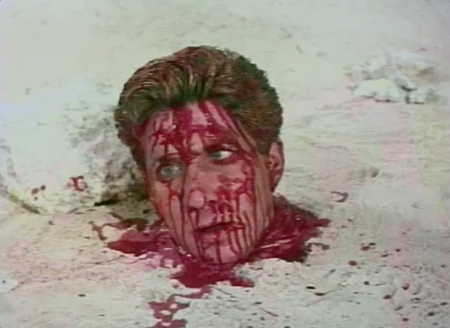 Well, the whole island of hot women thing didn't turn out as expected.

He might be dead, but his marvelous permed hair remains intact!  We truly do live in a age of wonders!
Posted by Brian Barnes at 7:28 PM