Back in the late 90s, I had a comedy site where I mentioned 80s cartoons and reviewed really bad T&A films on USA's Up All Night.  Then I stopped.  Fast forward to 2011, and I've got comedy blog with 80s cartoons and reviews of really bad T&A films -- this time with the boobs intact.  It's really an amazing amount of horizontal movement.  I like to think of it as walking down the up escalator of comedy.

What got me back into it?  Internet pal Matt, having one of his periodic I'm-quiting-for-good-this-time bouts over at his blog, X-E Entertainment.  Eventually he shuttered X-E and started Dinosaur Dracula, one year ago to be precise.  He hasn't threatened to quit yet, but I feel it's only a matter of time, and his blogging doesn't feel right without the threat hanging over our heads.

So, to celebrate the debt I owe him, let's go over some of his videos and determine which celebrity or thing Matt most closely doesn't resemble in said video. 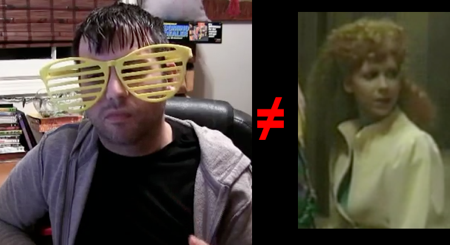 Doesn't Resemble: Mel, a Doctor Who companion
Reasoning: Lacks big pile of red hair and high pitched scream, mostly likely butt not as hot.
Matt's Look: 55% diva, 45% aware that nothing ever goes away on the internet 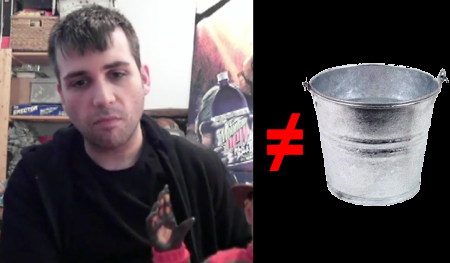 Doesn't Resemble: A Mosasaurs Mummy eating an Easter Bunny
Reasoning: Matt has trademark on Dinosaur Dracula™, and that bastard will sue at the drop of a hat.
Matt's Look: Should not have eaten that extra pancake 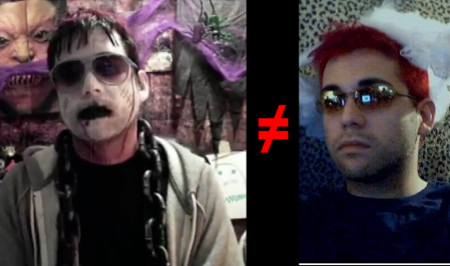 One other thing; while working on the new Cerne Giant album, I had a song which sounded a bit too similar to another song, so I found a different singer and repurposed it into an ode based around a Dinosaur Dracula.  It rocks!  Would I lie to you?  Download it.  Listen to it while looking over Matt's awesome site.