Now, because 7 parts wasn't enough, we offer a little bit of space for a rebuttal by the Beast himself.  Take it away you hilariously inept guy-in-a-suit monster. 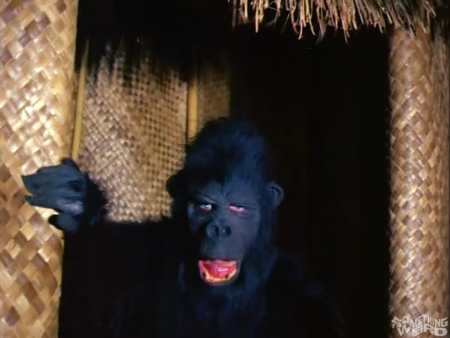 Beast think treated very unfairly by movie!  Beast is no killer, specially not of attractive naked women! Beast is lover at heart, beast have soul of very small and fragile thing, like, say, some knick-knack.  Like porcelain figurine.  Maybe that cute one of little girl with umbrella and rain slickers!  Beast like that one!

Beast seem to get off track.

The real problem for Beast is that Beast have dissociative identity disorder!  Is true!  Beast's required psychology credit in college useful now!  What cause Beast's identity to shatter?  What bring about killer personality when Beast is actually really nice guy that want to hold open doors for naked ladies instead of ripping them open in a frenzy of teeth and claw? 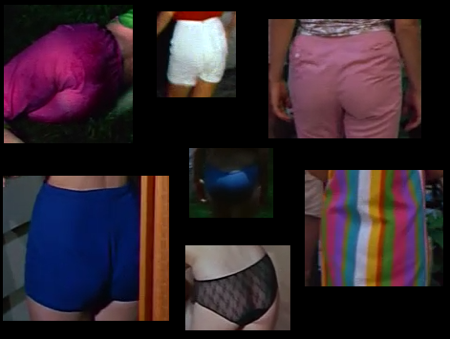 Beast not responsible!  60s is!  And not like Beast hasn't seen good shorts in 60s! 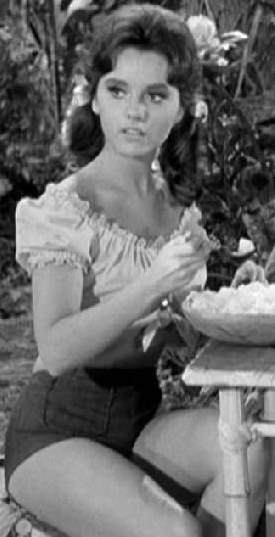 When Beast steal lift fair use photo, it labeled "Homina-Homina!"  So let this be a lesson to both Beast and 60s nudie-cutie film makers.  Better pants, better shorts, better panties, less terrible tragedies at hands of enraged Beast!

Yes, Beast was shot dead.  Beast got better.  Lame comedy blog not about to let this bit go!
Posted by Brian Barnes at 11:11 PM

Email ThisBlogThis!Share to TwitterShare to FacebookShare to Pinterest
Labels: Mary Ann, The Beast, The Beast That Killed Women