After a bit of delay -- so everybody can recover from the first completely unnecessary five parts -- we bring you the sense-shattering conclusion to a review of something somebody filmed, got edited and developed, and then had shown at seedy drive-ins and theaters across the country. 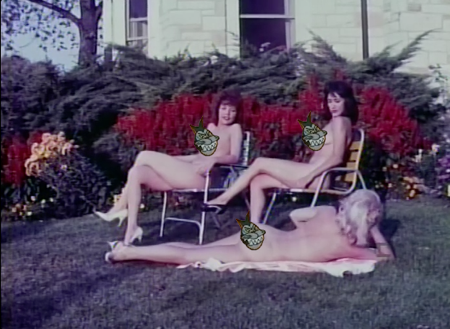 I want to move into this neighborhood!

The back half of this film is a lot of long lazy shots on our bathing beauties as they lounge around next to the burning bush.

No, not the burning bush of biblical fame, but a bush that caught a burning, itchy rash from the crew leaning against it. 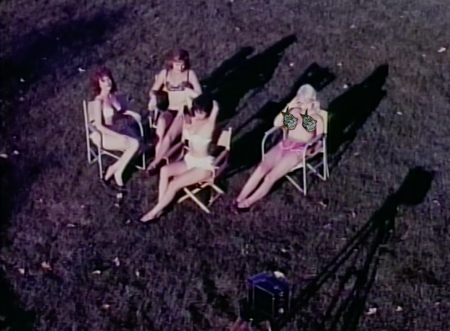 We rented a crane and we are going to use the hell out of it!

Here is where the directors artistic instincts take over; in this long shot, the looming shadows representing the darkness that is coming for our heroines, the juxtaposition of the chairs showing how one woman is just that much closer to death, and the fact that the shooting schedule on a cheap movie couldn't care one wit about where the damn sun is.

Again: There was a crew.  There was a director and a producer.  People worked on this.  Not people who cared, but certainly people. 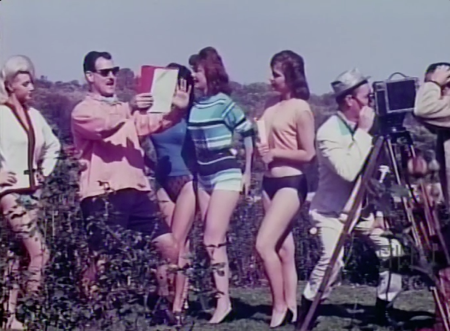 You all forgot pants today?  What are the odds?

Here we see our director directing a scene from the new chick flick The Sisterhood of the Traveling Pants That Got The Hell Out Of There Before They Would Have Enclosed Something That Would Have Forced the Pants to be Burned Much Like the Velveteen Rabbit. 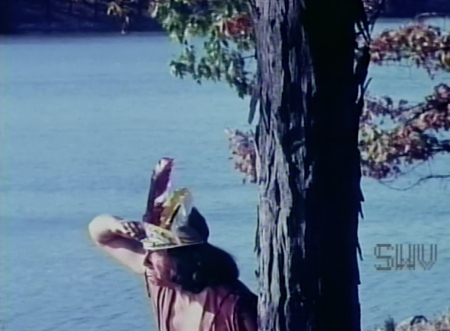 Me thinkum this much racist!

Nothing cheers up a movie like some casual racism! 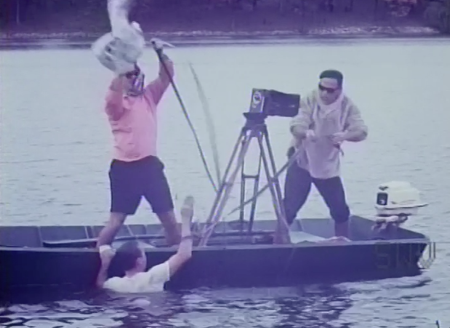 My kingdom for a school of piranhas ...

At this point, the movie veers off and seems to completely forget it's main draw is boobs and not slapstick comedy by a group of people who's comedy timing wouldn't be better if you nailed a timer to their testicles.

We have endless scenes of them wasting film running around a field, falling in the water holding film, wrapping themselves in film, but not the one the audience is begging for, which is to fashion a film stock noose and hang themselves off the nearest camera crane. 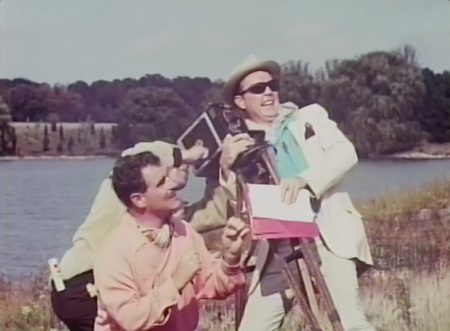 Oh, and mugging.  Lots of mugging.

What goes good with a suit the color of cottage cheese?  Why, sea foam!  Top it off with a natty handkerchief of the deepest black and you're ready to sell hairbrushes out of a suitcase from coast to coast. 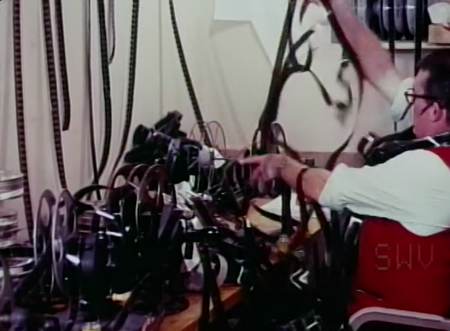 Actual footage of the editing of Birdemic.

And more mugging.  You remember why you shot this film, right?

Actually, it's kind of interesting how much film stock they burn up in gags.  As far as I know, film stock was expensive back then, but lots of productions had, for one reason or another, stock which they couldn't use.  Lewis and Friedman found an easy way to create some comedy bits without much cost.

This, of course, proves the old adage that "you get what you pay for." 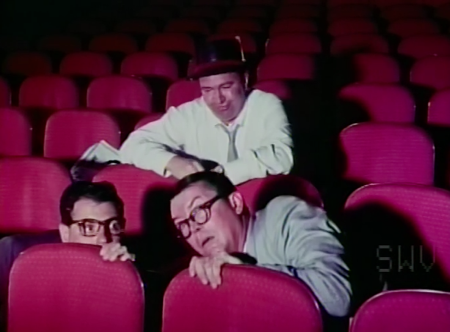 ... but this half-eaten box of jujubes looks clean ...

Our heroes manage to sell the film for a profit because it's so awful, sort of a reverse "The Producers", where the reverse of "hilariously funny" is "wadded up into a ball wailing in agony."

So ends our multi-part review of the last Nudie Cutie film Lewis and Friedman did: "Boin-n-g."  There was nudity, there were certainly cuties, but I don't think anybody is bouncing back after watching it.
Posted by Brian Barnes at 12:36 AM