This again?  More 80s/90s T&A movies?  At this point, I'm pretty sure that stands for tedious and annoying! 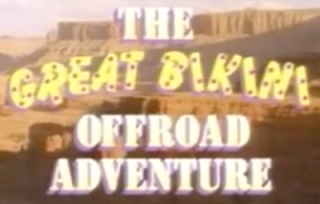 You know you are in for a treat when the movie's title also makes a good summary. As the title promises, this movie does contain:


And that sums up everything good I have to say about it.

All bikini films follow the same basic plot, and nearly the same crew and catering, which probably explains the '87 LA chlamydia outbreak.  Evil land owner/corporation tries to buy out/shut down business. Business saved by women wearing bikinis which attracts big business. The "lead" woman is always super-smart and freshly out of college -- she was able to add on the cost of her implants to her college loan.

I'd be fine with this basic premise; find an audience and cater to it -- it worked for Duran Duran. What happened here, though, is in some odd pique of madness ("creativity", in Hollywood speak, "fiasco" in my speak), the film maker decides to shoot for "respectability." It can no longer be about bikinis ... it must be about something bigger. No, not the things in bikinis!  Big ideas!  Big thoughts!  All in small budgets!  This is how you go from Deer Hunter to Heaven's Gate.

Let's add Native Americans! Sure, they haven't suffered enough! Bikini-clad women save their ancient ancestral lands! They won't be fooled by the small-pox infested blankets; they don't need them, it would only cover up the bikinis!

"Thanks for your lands," we say, "sorry about the slaughter -- hey, here's a bikini film!"

It makes those trinkets traded for NY look like a great deal.

While we're at it, let's work in a bit from the "crying Indian" litter commercial. Are you saying it isn't cliche (speak: racist) enough?  Let's give them mystical medicine-man powers, which thankfully they forgot to use when whitey invaded!

Just so you understand how bad this is, here's a actual scene from the film: 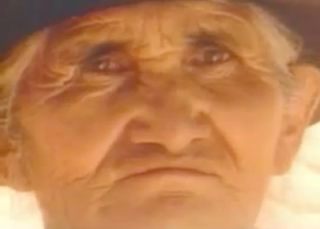 Luckily, the actor forgot his bikini that day.

The glue that holds together these films -- sorry, bad choice of word -- the sticky substance that holds together these films is the comedy relief, in this case, our villains. When put to the task of finishing off the land owners, these villains are nothing but wacky dynamite accidents waiting to happen. How did these imbeciles manage to get the bikini-ed land owners in such dire straits in the first place? Luck? Sued the owners for one of their careless accidents? Worked into script rewrites?

I'm no lady's man, but I've been around quite a few pools and beaches and never once did a woman with a bikini top suddenly snap off, yet it happens with alarming frequency in this movie. Since I consider movies a reflection of real life, I guess I have to chalk this up to my continuing streak of bad luck or my still undeveloped mental powers.  Believe me, I've tried staring and concentrating really, really hard, and only come away with a migraine and a slap across the face.

Which, strangely, is the same result from watching this movie.

I was forced to slap myself, though.

In the interest of science, though, I will attempt to explain the physics: 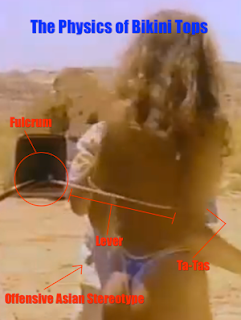