A Nice Pair: The Adventures of Lucky Pierre, Part 5

Baring absolutely no resemblance to any of the other segments, Billy Falbo is a shlub who runs into naked women.  The growth in story telling, in the character arcs, all reach a crescendo in this segment.

Then again, I was huffing industrial solvent while I watched it through a blue-ish haze.  So, the above paragraph might not be accurate.  It's potentially the same crap as before. 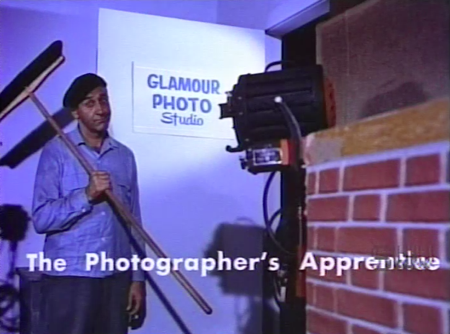 The closest the word "Falbo" and "Glamour" will ever be.

In this segment, Falbo is a janitor in a glamour photo studio, and not, as I originally suspected, the notorious broom serial killer whose murderous rages were triggered by faux brick walls.

We get some close approximation of comedy where Falbo blows smoke into the camera and the camera blows it back.  He mugs.  The camera shows more emotion than Falbo, and then there's a knock at the door because Lewis' keen directorial skills tells him the audience would rather see chicks than Falbo. 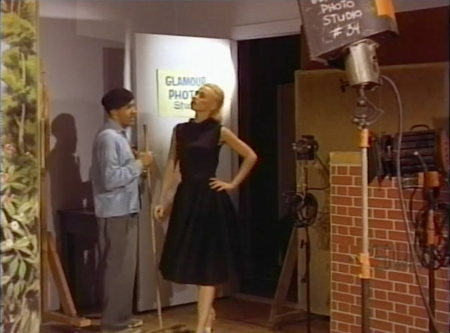 Honestly, you're in The Adventures of Lucky Pierre.  Tone it down a bit! 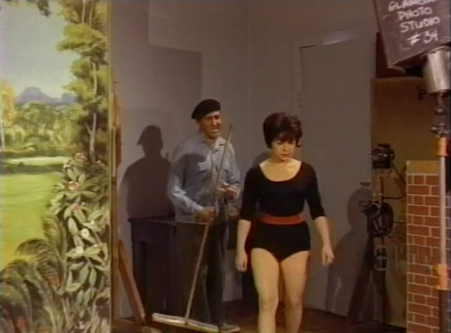 This model is multi-dimensional, from frumpy shorts to frumpy leotard.

The second model walks in as if somebody just ran over her dog, tore off it's bloody head, placed it on a stake in her front yard, and demanded that by raising this bloody dog-head-flag, he has claimed this land for Spain.

Falbo stares on pretty creepily.  Maybe he hit the dog? 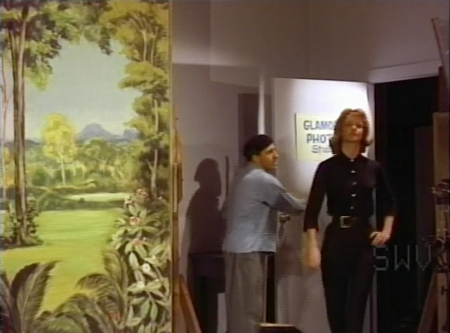 The last person to give Falbo that look lost a kneecap.

The third model comes in wearing her admirals uniform that she soaked in chocolate.  She also ignores Falbo as if he was less than a cockroach.  True, but really, is that any excuse for bad behavior?

That is all suddenly forgotten -- by script fiat -- as they seem to mistake the janitor for the photographer.  Or maybe he is just doing double duty?  This is a plot element not fully explained by the script, and I would complain but then I might miss some boobs. 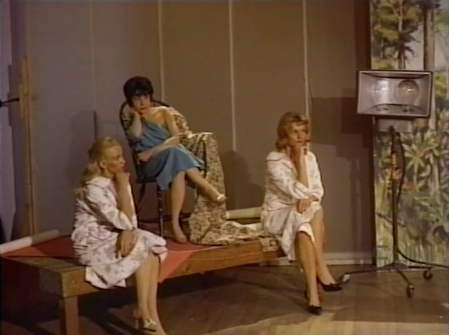 We're getting paid extra for the pawing from the crew, right?

That's one sexy The Thinker cosplay!

I note here that the trick of this segment is everytime Falbo is about to take a picture, the women disappears.

It has finally happened, Falbo's mugging has torn a hole in space and time. 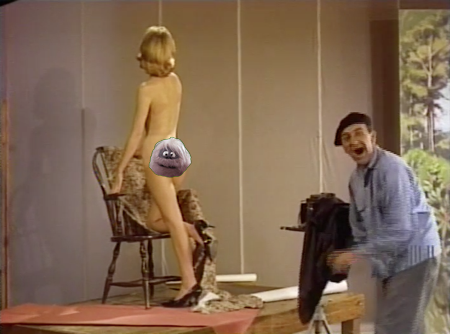 By angle of the camera, this is a shoot for left-thigh fetish magazine.

Our first model gets into the "deciding if I want to change the light bulb or not, how steady is this chair?" pose.  Falbo gets into his annoying mouth breathing routine. 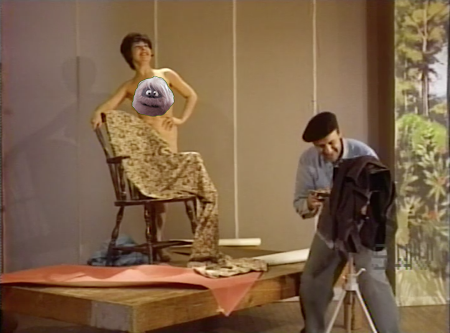 What's with the prints in 1961?  Did that blanket come from a leperus leopard?

The second model tries way to damn hard.  That's what a smile looks like when it is forced at gunpoint! 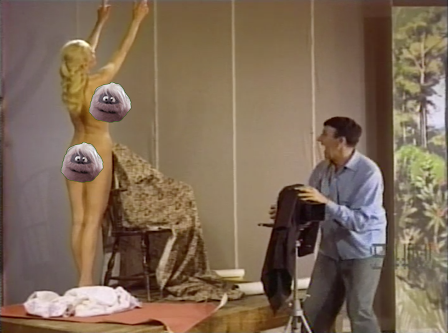 This is the early 60s, you should be that excited to see a nude woman!

The final model does her most famous, most sensual pose, the "getting down the flour from the top shell."  It wowed them in Vegas. 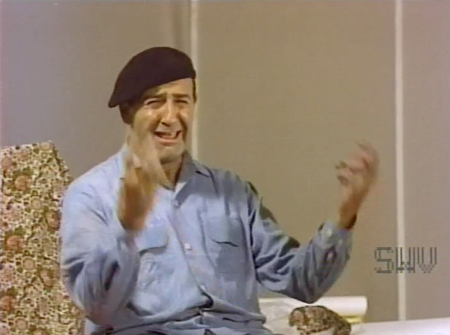 All the women disappear, and we are left, spent and alone (ugh, sorry) with Falbo, crying like a baby made completely out of soggy mashed potatoes.

It's a joy to behold, and be sure to hold on to that, because more segments are ahead.  I'm not sure if that's a warning or a threat.