We're going to branch out a little and do a video that's more hard rock than metal.  Well, more rock than hard rock.  Well, more ... something.  There's vocals, guitar, bass, and drums -- it seems to be music.  It's Canada, what do you expect?  It's hard to come up with riffs when you're under the constant threat of polar bear attack.

Car Crash Most Likely To Result In Aquanet Explosion

So let's meet our hot girl(s) in love: 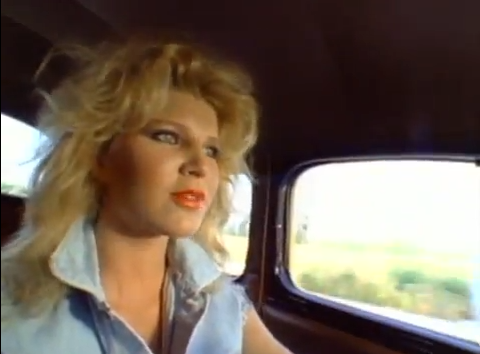 She was so sure up-turned collars and jean jackets would never go out of style.

She's either racing towards love or away from Loverboy, and seeing that outside the window there's no snow, ice, sleet, or abominable snowmen, then I'm guessing away.

Most Likely to get Dudes with Beards up in your Grill

Did they think using this car would convince people it's a ZZ Top video?  I'm thinking they might catch on when they see Mike Reno's leather clad butt instead of a hot pair of legs (not from Reno.) 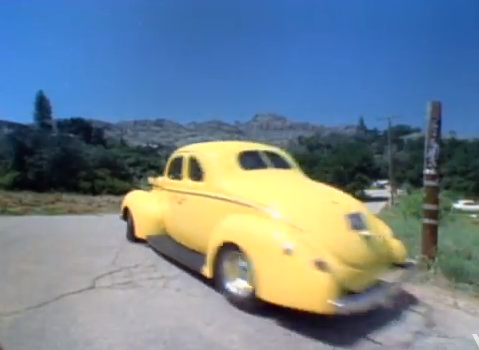 The bananamobile was the least expensive car they could rent.

And, as said many times on Jerry Springer: there's a lot of junk in that trunk.  Which is why there's no room left for musicianship or song writing.

Scene that gives us the Most False Hope

Loverboy standing on a large collection of barrels, each filled with gasoline.  Oh, my kingdom for a match! 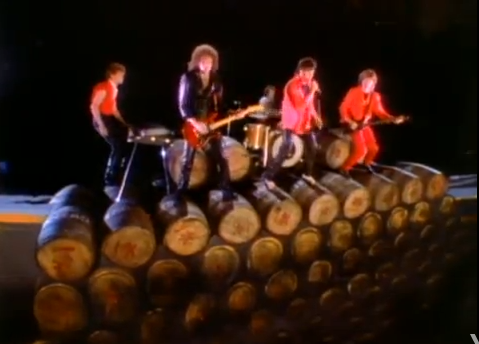 If this was Def Leppard, they'd be barrels of wiskey.

I do enjoy the color coding.  The guitarist is all in black, but has a red guitar.  The bassist has a black bass, but an all red suit.  The singer and keyboards have red and black suits ....

Every band has that one guy who all the rest of them hate because he never reads the memos.  They look, they shake their heads, and he's the guy always forced to make the donut runs.

I've gone through a number of T&A films this year, so you know you have to either try really hard or just be so incompetent that it's automatic.

Loverboy isn't capable of trying hard, so incompetent it is! 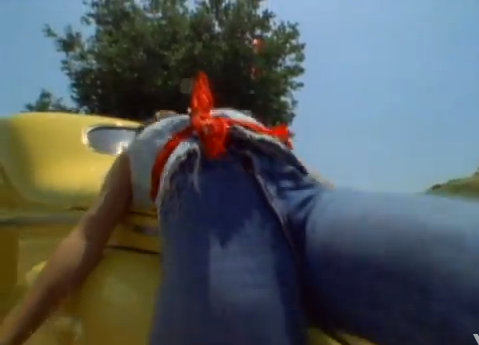 First up, the slow tummy to crotch pan, with bonus lens distortion!  A big hit with the ladies, nothing makes you look more shaped like a football with two over-stuff sausages hanging out of it.  Sure to bring the boys running!

Thinking about that, I hope it's not the same one Reno is wearing.  She's going to catch something from Reno's forehead sweat! 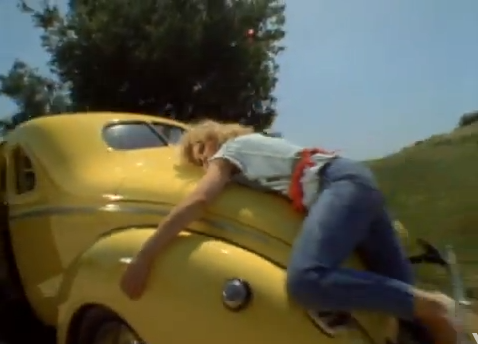 I guess Loverboy bored her to sleep.

Excuse me, I need to take a cold shower.

Most Honest Background Ever 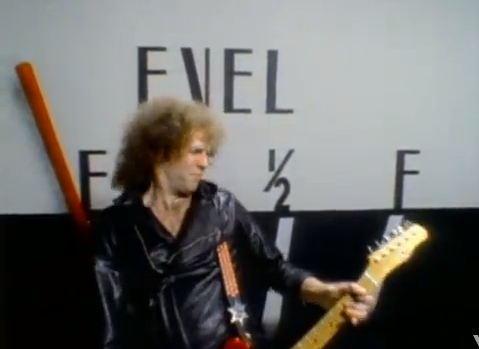 Nobody noticed in editing?

The background already did it for us: running on empty!

FVEL?  Really?  You can take art-deco too far.

The video is somehow about gas, I kid you not.  I can't exactly put my finger on why, unless the original name of the song was "Hot Girls in Love (and soaked in gas)", but they shortened it because it's Canada and they don't have gas up there but just burning logs to keep the frost giants away.

So, how does a band full of intellectuals callback to the theme? 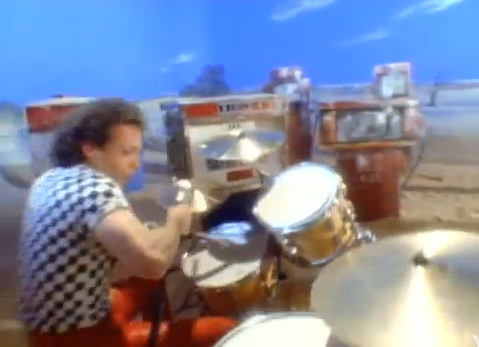 Merry Christmas, Everybody!
Posted by Brian Barnes at 5:13 PM

Does anyone know the name of the blond model in that video?

You're so interesting! I do not suppose I've read through something like this before.

So wonderful to find somebody with some genuine thoughts on this topic.
Really.. thank you for starting this up. This web site is something that is
required on the web, someone with a little originality!