A Nice Pair: The Adventures of Lucky Pierre, Part 6


I've made it through 5 segments.  While most of you have probably bailed a long time ago, I will say that at least this movie -- which is full of painfully unfunny physical humor -- has not yet stooped to the level of puns. 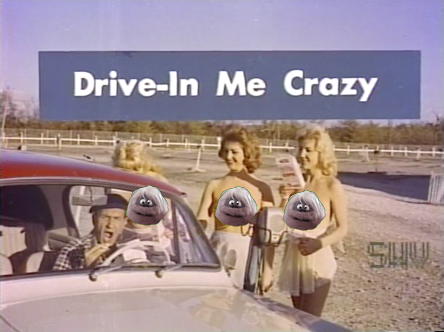 Son of a bitch!

If you are going to create a movie whose single laser-like focus is on boobs and butts, it is well advised to start your titles with said boobs and butts.

Then, you can get straight onto the business of endless driving scenes. 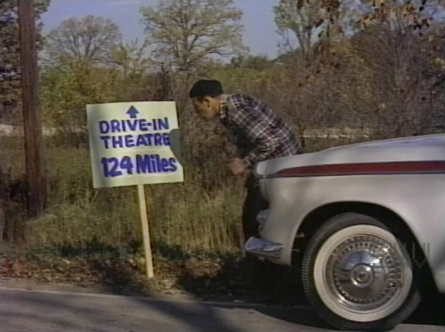 Hopefully that arrow  points towards a bottomless cliff.

There's nothing in this world more simulating then a sign telling you just how much time we are going to waste before the ladies.  Oh, and try to chew up at least a minute or two on this amazingly riveting sign reading scene.

Lewis, just a note, something to consider in the future: we are here to see boobs, not a boob. 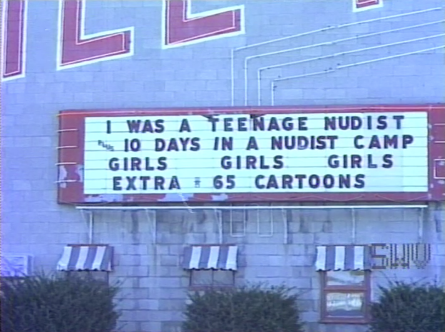 82 years later, in geological time, we finally arrive.  Again, another sign that seems to be telling us we've arrived at the aforementioned hot, naked ladies.

So, this would be a fine time to waste another minute panning around the markee.

Lewis, another note:  Framing.  Is it that hard? 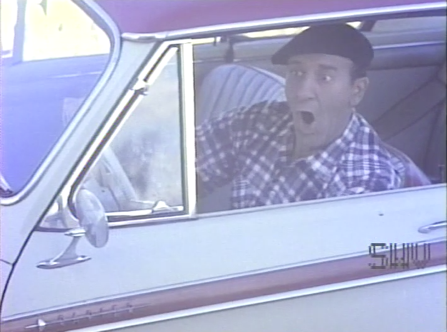 It's not the markee he's looking at, it's the nuclear explosion to his right lighting the scene.

This part is followed by another long stretch of Falbo jumping around like he's eaten a case of mexican jumping beans and drank a six-pack of Jolt Cola.  Once more, Lewis manages to frame the scene in a strange way, with Falbo on the right and some old truck on the left. 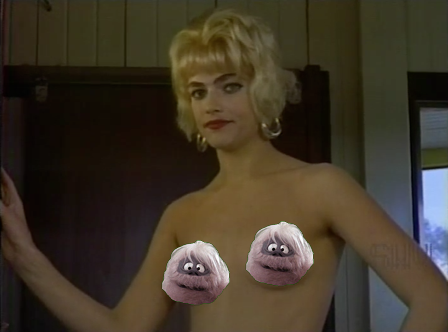 Yes, not a wig. And those earrings are pure gold, too.

We finally get our first chick who seems to have just barely survived a vicious forehead caterpillar attack.  She seems pretty perplexed by the whole endeavor of film making.  Brooke Shields in a bad wig is the ticket lady, gives Falbo the ticket, and then ...

Do I need to say it?

Literally another couple minutes of Falbo driving around the lot.  There's nobody else there (eventually other cars fill in around him and block his line of sight -- har-de-har.)

I think Lewis knew this was the last segment and if he was going to get this movie to just shy of 60 minutes he had to do some padding.  Sadly, this was made long before breasts were padded, so our padding is a lot less entertaining and a lot more Falbo. 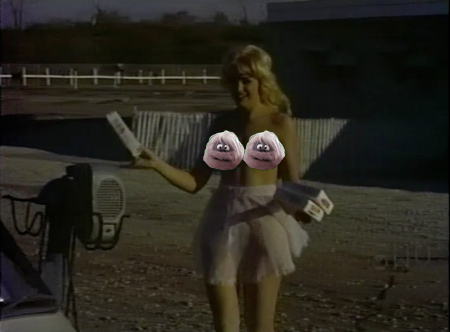 If you looked at this and thought "that fence needs repairs", then join my sad, over-analytical club.

So our second hot chick -- or it might be the first, I'm really not going back to check -- delivers Falbo some popcorn, three boxes worth.  This scene offers a small window into the future, where Vegas Falbo sits alone in his suite, consuming whole turkeys. 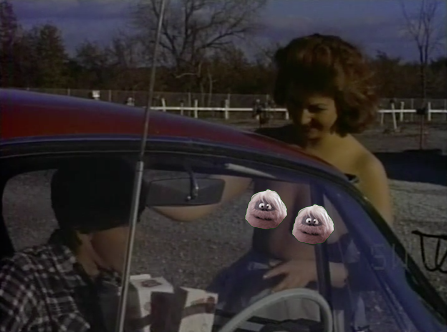 Is the camera man lying on the hood?  Club meetings at 3!

Our next hot chick delivers more popcorn.  Yes, that's the joke, Falbo gets too much popcorn.  That's it, ladies and gentleman.  All in the service of T&A. 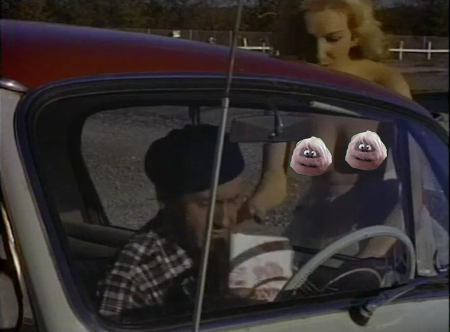 This new 3D is great!

Finally, the fourth hot chick throws more popcorn at Falbo and it's gets all over him like those Vegas years where it's rumored he would fall asleep in a puddle of gravy with a turkey leg sticking out of his still chomping maw.

One more segment after this, and it's the short that Falbo is watching at the drive-in. It's a segment that full on hot chicks, playground equipment, and nary a Falbo in sight. It is glorious.