A Nice Pair: The Adventures of Lucky Pierre, Part 4

This segment is especially jarring as the music sounds like somebody put Rick Wakeman and his Hammond Organ into a industrial car crusher, plus a complete and utter failure at being sexy by presenting the worlds most alarmingly frumpy pair of shorts -- though in a nice pastel blue. 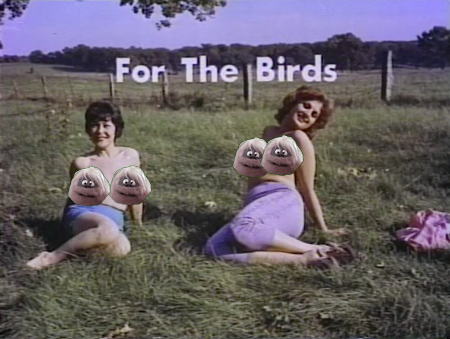 For Lord's sake, smile, Falbo is near!  Don't let him catch you not smiling!

For the title, Lewis uses the cinematic trick of foreshadowing.  There will, in fact, be naked chicks, and very, very awful clothing choices; for instance, light purple matador pants seemingly filled with lumpy pudding. 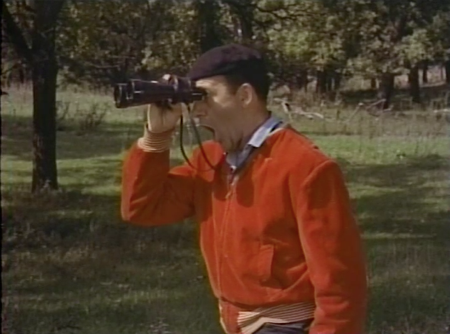 He's acting so broadly he can see it from here.

And the moment we've all been waiting for: Falbo prances onto the scene like the tutu wearing elephants in the Dance of the Hours piece from Fantasia.

He's playing a giant chunk of ham bird watcher who is, of course, peeping on the women in the field who seem to be part of some cow-pasture-based stripping club.

What's that?  You are all screaming "I bet the ending will reveal that he's only 5 feet from them."

Give yourself a cookie, perferably made of caustic lye. 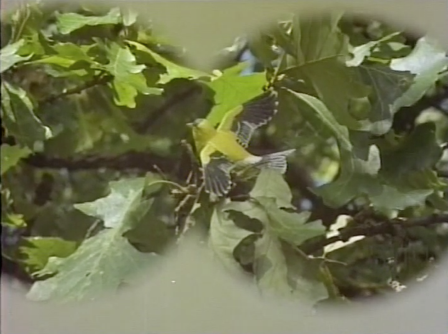 Another golden opportunity, missed.  Why not a Yellow Tit, Lewis?

The plastic bird ornament out-acts Falbo.  He shoots it in the knees. 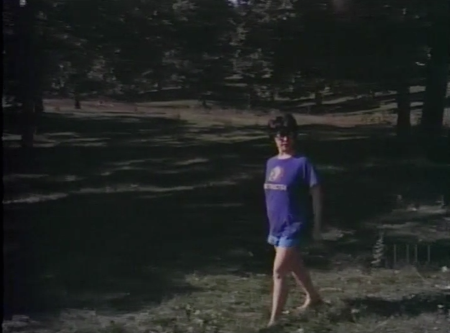 Here's our first lovely lady, a dedicated, big-haired, Scooby-Doo cosplayer.  She enjoys long walks in the field and spontaneous stripping.  She's turned down many dates from guys dressed up as a great dane and hates those skanky bitches that always dress up as Daphne. 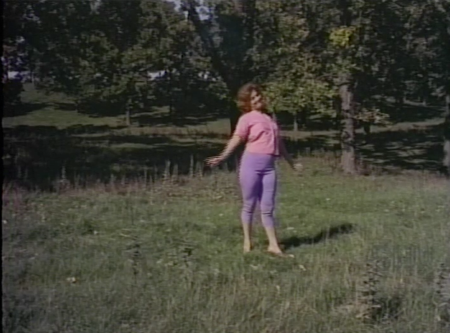 How many hams can you put in stretch pants?

Our next model thunders unto the stage -- and I'm not kidding -- there are cartoon thundering footsteps in this part.  Not nice, Lewis!

Lewis: "Thanks for stripping cheaply for our cheap nude film.  By the way, you're part is Floppy Butt Fat Girl #1."

Model: "Well, I don't know, you'll do this respectfully, right?"

Lewis: "Of course!   We promise not to put in comedic fat noises when you walk.  Trust us!" 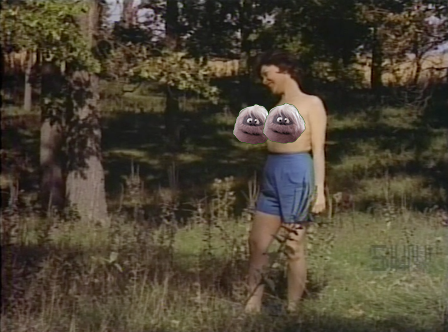 I can't even begin to imagine why this was put on film or how the image even stuck on said film without causing the reel to burst into flames to the cackle of demons.

If this was a style in the 60s, how did society keep going?  How were any babies born?  It just doesn't seem possible, so I'm going to assume this is some one time trick of the light, or just where Friedman and Lewis suddenly had their ideal for Blood Feast. 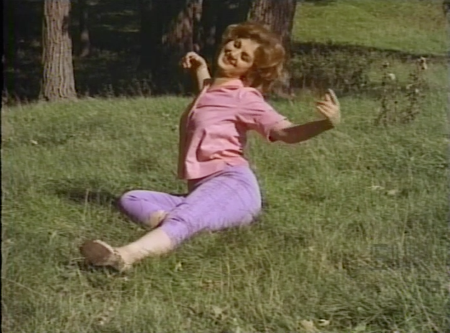 Didn't Regan have this same pose in the Exorcist?

The running gag is this woman always starts to take off her shirt, and then decides not to (while her friend rolls around in the nude attracting all sorts of chiggers and ticks), while Falbo, watching through his binoculars, mugs and mouths "take it off."

None of that is even remotely creepy. 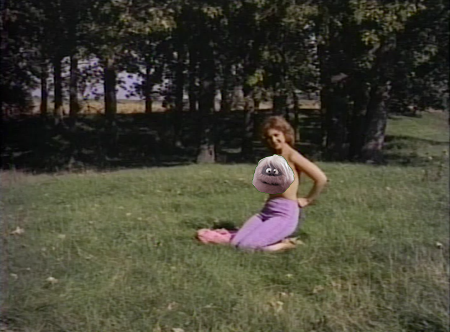 Nothing says "stroll in a field" like high heels!

Falbo storms off, and we finally get to see the goods.  Lewis forgets to insert some other insulting sound effect, like the squishing of jello in a bowl or maybe the sound of meatloaf falling off a five story building.

Uh oh, I might have just given them an idea for The Return of Lucky Pierre!