Borrowing the look from Gene Simmons, the pants-on-fire/cross-leg dancing of Paul Stanley, and the talent of Peter Criss after a 48-hour cough syrup bender, Blackie Lawless -- before his conversion to the One-True-Religion-For-Rock-Stars-Who-Drank-Too-Much™ -- probably liked to hang out at the Playboy mansion ... and that thin pretext is enough to include this in Playboy month! 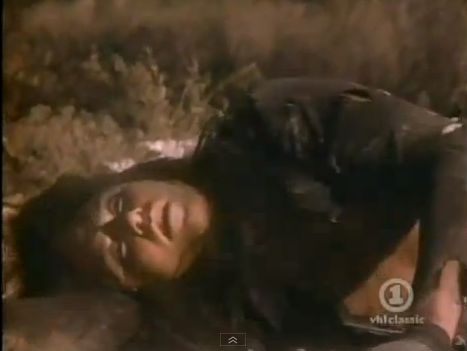 Sleeping the sleep of the angels!

Most Costly Mistake Ever 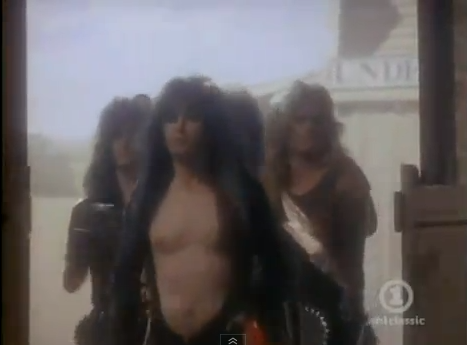 He uses those buzzsaws to shave his chest.

Our threadbare plot is W.A.S.P. (I am getting sick of those periods) plays a show in Texas, and Blackie thinks he's going to get into a old-timey prostitute's pants skirt -- which, frankly, should be relatively easy if the prostitute has a good grasp on the mechanics of her profession.

But, after seeing that Lawless had much better hair then her, she headed for the hills, and Lawless got trapped in the desert please god of please I promise to believe and pray every day to die. 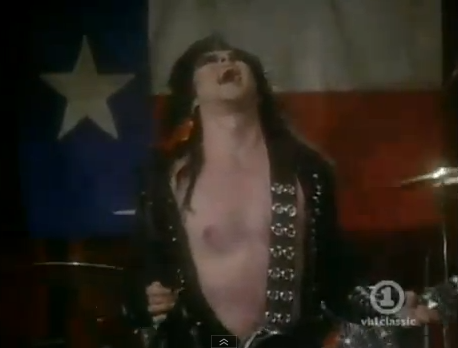 You know his left nipple is a mass of pulpy, bleeding flesh under there.

Without a doubt, this song exists for one reason -- it allows the band to play any venue and insert the name of the town in the chorus.  Of course, these modern Mozart's didn't expect Bardos would see them in Kalamazoo, which has, oh, a couple more syllables than Texas.

It was a joyous moment to hear "Blind in Kllmoo!" 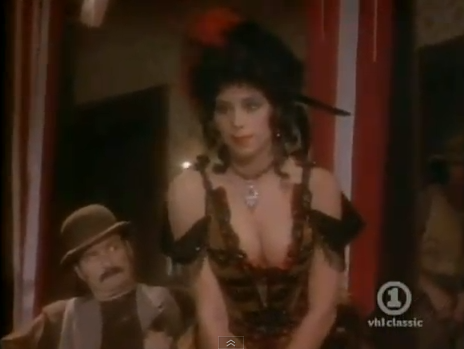 Guy in the bowler hat is really suspicious of the boobs.  Since this suddenly seems to be the 1860s, and prostitutes in the old west weren't the cleanest bunch, I suspect he's eyeing the cleavage to see how big the bugs are that crawl out.


The Face that Caused Shivers in People that Read Reader's Digest 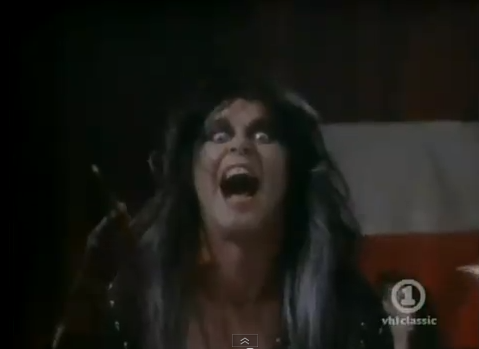 The black hole at the center of metal.

The face that scared a million uptight people and made everybody else go "he's trying too hard" until Marilyn Manson came along and stole the crown.  There's a thin line between scary and wanting to get make-up tips from the guy.

You can't look at that picture without wanting to jam things down that endless black hole, can you?  I'm thinking I can get a whole ham in there is I push hard enough. 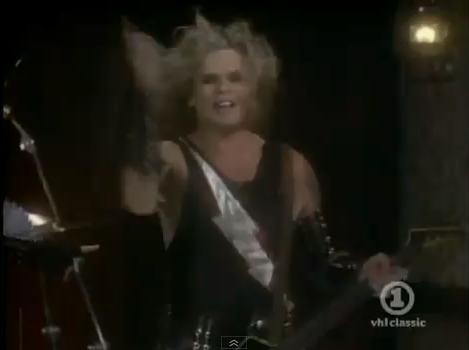 Here's guitarist/sweat factory Chris Holmes.  If you are going to lift a costume from Ace Frehley, how about you don't make it the "Music From The Elder" years?

Bardos has gone to many shows, and I've never seen a worse guitar solo than when I saw W.A.S.P., and I've never seen somebody sweat as much as Holmes did.  There's no joke here, because it's impossible to describe.  Buckets.  Upon buckets.  It was like he was possessed ala the Exorcist, but instead of puke it was a fountain of stinky, rancid guitarist sweat.

Never a Rattlesnake When You Need One 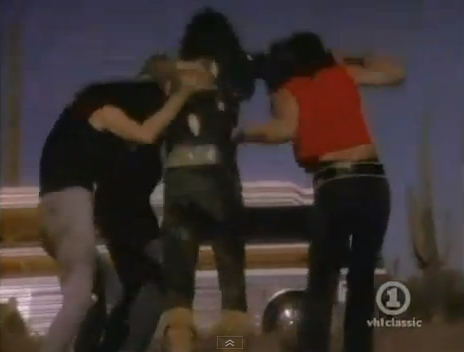 Don't you have roadies for that?

Our happy ending quickly turns to a depressing, life-crushing ending as Lawless is rescued from what would have been an excruciating death, but he didn't get the woman, so I guess I can be happy about small miracles.

That, and I think I'll finish my life never being hit by Chris Holmes' sweat.
Posted by Brian Barnes at 6:22 PM