As I'm going to be concentrating on Your Final Answer in the coming months, I'm finishing out Skeletons are Jerks with a grand blow-out, because tomorrow sees the release of the Your Final Answer Halloween Special!

So, on to our final round-up of jerky skeletons! 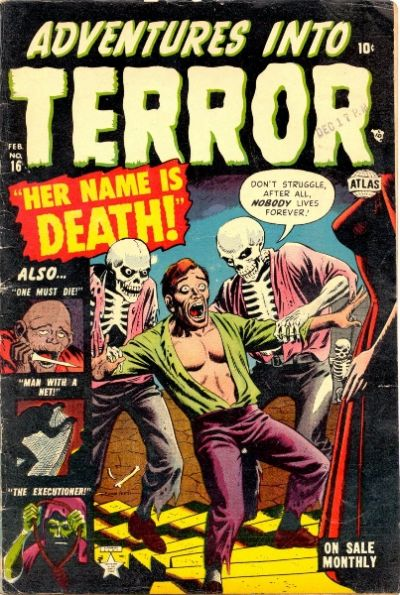 The anatomy of a straw man argument: he's not arguing that people don't live forever, he's arguing to not die right this very second!  And, is he going to get executed by breasts, because that's the way this cover is staged.

Again, another artist who shouldn't be drawing covers after being turned down for a date!

Skeleton on the right is really, really pissed at the skeleton on the left.  That guy took the last pair of goggly eyes, and now he's stuck with two marbles ratting around in his sockets. 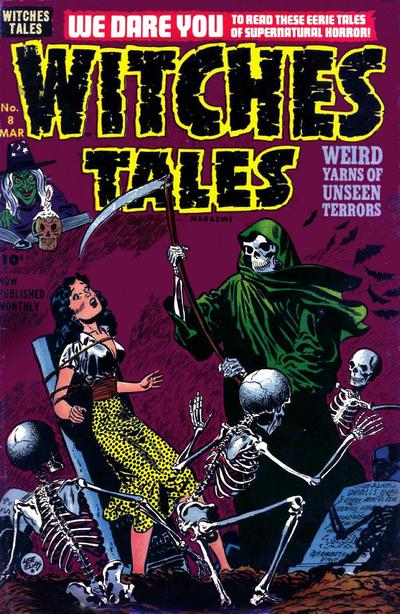 OK, add one more artist that shouldn't be drawing covers after being turned down for a date!

Sure, the robbed and sickle wielding skeleton is a bit menacing, but the other skeletons look like they are just screwing around.  Being jerks, as they would say.  They aren't helping at all!  The one on the left is desperately trying to peek at the cleavage, the one in the middle is a jerk racist working on his "mammy" pose, and the one in the back is just doing "look at me, mom, and you said I'd never amount to anything at the black mass!"

Can we top this collection of skeletal jerks? 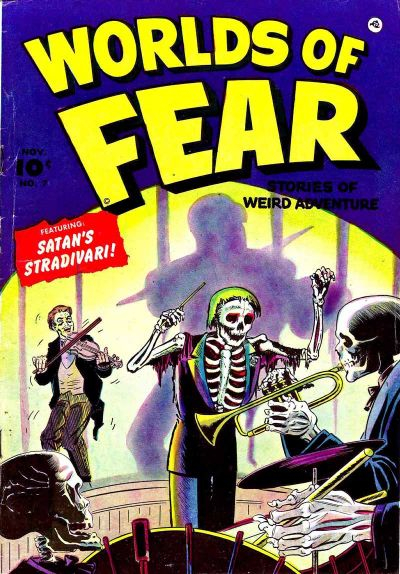 The guy in the back isn't shaking in fear, he's shaking in anger.  First, the trumpeter is wasting everybody's time due to the slight fact that he doesn't have any lungs.  The conductor won't get rid of his smelly sea weed toupee even though everybody knows it's fake, and the skeleton bottom left seems to be operating the controls to a drawbridge, and that's really got to interfere with the rhythm!
Posted by Brian Barnes at 11:43 PM

Email ThisBlogThis!Share to TwitterShare to FacebookShare to Pinterest
Labels: Halloween 2014, Skeletons are Jerks